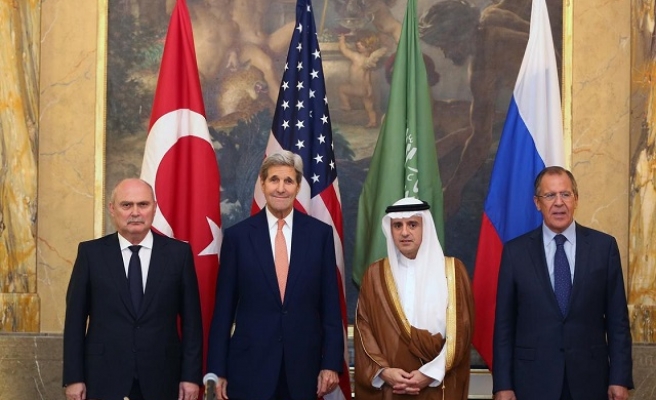 The top diplomats from Russia, the United States, Saudi Arabia and Turkey will hold a second round of Syria talks in less than a week in Vienna Thursday, a Russian diplomatic source said Wednesday.

Following the four-way meeting at 1800 GMT Thursday the quartet could be joined for more talks Friday by their counterparts from Iran, Egypt, Iraq and Lebanon "if these countries reply positively" to an invitation from Washington, the source said.

The US said Tuesday that it expected a "genuine multilateral invitation" to be made to Iran, a key ally of Syrian President Bashar al-Assad, to join the talks, despite earlier opposition from Washington and Riyadh.

US officials would not say which power would pass the invitation to Tehran and did not know if Iran would accept, but they said it would be welcome to attend if it did.

Friday's talks in Vienna are seen as a way to end Syria's civil war by creating an interim unity regime and paving the way for Assad's exit.

A meeting last Friday in the Austrian capital between the top envoys from the four countries ended without a major breakthrough, as serious divisions remain over when or if Assad should go.

Russia launched air strikes in Syria last month to help forces loyal to Assad battle what it says are ISIL and other "terrorist" groups.

The US and its allies involved in a bombing campaign against ISIL insist Moscow is mainly targeting moderate groups fighting the Damascus regime.