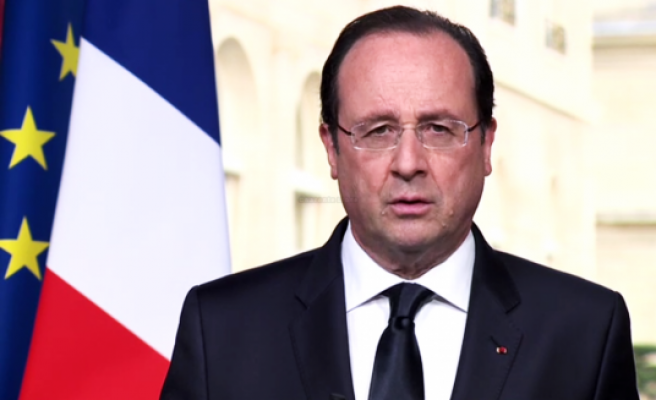 "The president spoke of the necessary presence of the Syrian opposition around a future negotiating table. The rest is not a French idea," a member of Hollande's entourage told reporters during a visit to Strasbourg.

Putin said earlier that Hollande had suggested "it might be possible to at least try to unite the efforts" of Assad's forces and the Free Syrian Army against the ISIL group.

The Kremlin leader said in televised remarks that his French counterpart made the proposal in Paris on Friday during a summit to boost the peace process in Ukraine also attended by German Chancellor Angela Merkel and Ukrainian President Petro Porochenko.

On Friday, Hollande said he had spoken with Putin about the need for a political solution enabling the government and opposition to form a consensus government and expressed the belief that Assad should eventually step down.

France has often called for the moderate Syrian opposition to join future negotiations, particularly within the context of agreements drawn up in Geneva on setting up a political transition.