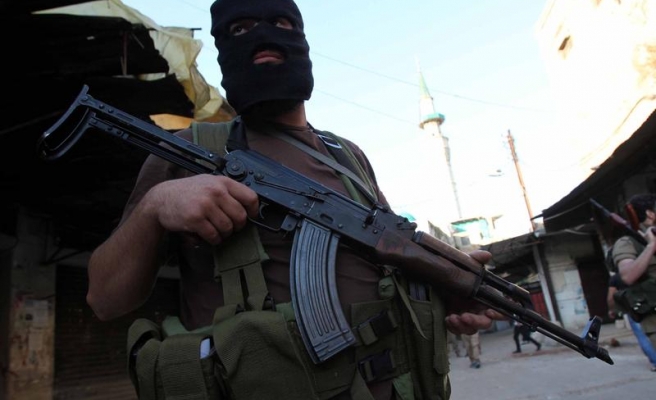 France is preparing to seal a multi-billion-dollar plan to help modernise Lebanon's armed forces as part of international efforts to stabilise a country hard hit by spillover from Syria's civil war next door.

At a meeting in Paris on Wednesday, the International Support Group for Lebanon, which includes the five permanent members of the U.N. Security Council, will also muster more help for almost 1 million Syrian refugees in Lebanon and create a fund to mitigate the economic fallout from Syria's conflict.

"This group's objective is to avoid the differences that we have on Syria spreading to Lebanon," a French diplomatic source said. "This meeting will provide support for the army, the economy and the refugee crisis."

Lebanon was still recovering from its own 1975-90 civil war when Syria's much bigger conflict erupted in 2011, re-inflaming old sectarian divisions that transcend their common border.

A caretaker government has run Lebanon since last March as parties aligned with the Shi'ite Muslim Hezbollah movement and a Sunni Muslim-led rival bloc have pursued a power struggle exacerbated by their support for the opposing sides in Syria.

In an apparent breakthrough last month, Prime Minister Tammam Salam finally managed to pull together a coalition of leaders from across the political spectrum. But it has since been held up by wrangling over a policy statement that must be agreed before a vote of confidence it must get from parliament.

The Paris meeting will however go ahead with the foreign ministers of the five veto-wielding Security Council members - France, United States, Russia, Britain and China - attending.

Saudi Arabia was also invited. It donated $3 billion in December for upgrades to the Lebanese army and asked France to supply weapons using a large proportion of these funds.

No other big Security Council power has yet said what if anything they will offer, although Washington has previously provided assistance to the Lebanese military.

Lebanese President Michel Sleiman is to make a general appeal for help at the meeting ahead of planned presidential elections before his term expires in May.

Lebanon's military is one of the few institutions not crippled by sectarian divisions but it is ill-equipped to deal with domestic militant groups, particularly Hezbollah.

"The army is ageing and has a five-year modernisation plan," said a French diplomatic source. "It's up to the Lebanese to coordinate their wish list."

Saudi Arabia may be seeking to bolster the army as a counterbalance to Hezbollah, the most effective and powerful armed group in Lebanon and funded by regional Shi'ite power Iran.

Hezbollah and Iran are the two main foreign allies of Syrian President Bashar al-Assad in his almost three-year-old conflict with mainly Sunni rebels bent on overthrowing him.

Lebanon, with a weak government and threadbare national infrastructure even before the Syrian crisis erupted almost three years ago, has struggled to support refugees who have swelled the existing population of 4 million.

The World Bank estimates Lebanon will need $2.6 billion over three years just to handle the refugee situation. Western countries have been reluctant to assist by giving money directly to Lebanon's government given the internal turmoil.

As well, the Paris meeting will launch a World Bank trust fund to back development projects in Lebanese communities under strain from the refugee influx. The fund will initially total $50 million with seed money from the World Bank and grants from Norway and Finland, the French diplomatic source said.

"There are a lot of countries making noises (about contributing) these days," Ferid Belhaj, World Bank country director for Iraq, Syria, Iran, Lebanon and Jordan, said. "Our hope is that this trust fund will serve as a catalyst for more money to come."