France says Russia, others have differences over Iran talks

Laurent Fabius also said none of the major outstanding issues in the talks had been settled and that the United States wanted foreign ministers to join the negotiations in Vienna. 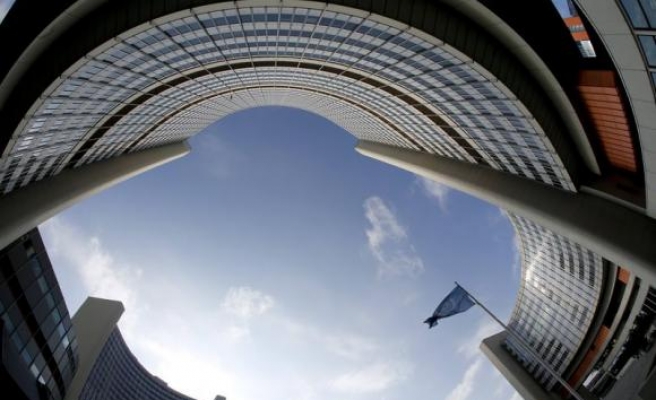 France's foreign minister said on Tuesday "differences in approach" between Russia and some of the other five world powers negotiating with Iran over its nuclear programme had appeared in the past few days.

Speaking to parliament's foreign affairs committee, Laurent Fabius also said none of the major outstanding issues in the talks had been settled and that the United States wanted foreign ministers to join the negotiations in Vienna.

"Until now the P5+1 (six powers) were homogenous, but over the last few days my representatives in the negotiations have seen a certain number of different approaches - and I hope they won't remain - between some of the P5+1 and our Russian partners," Fabius said, without saying what those differences were and which powers were in disagreement with Russia.

"We want to preserve the unity among the P5+1 because that is how we reached a deal before," he said.

The P5+1 is the diplomatic acronym denoting the five permanent members of the U.N. Security Council - the United States, Britain, France, Russia and China - and Germany.

Diplomats say France and the other Western powers have broadly held out for stricter terms with Iran than have Russia and China, which have had closer trade relations with Tehran and said in the past that tough sanctions may be counter-productive.

"The minister said there was a difference in approach with the Russians, but this difference is disappearing relatively quickly. We are reassured," a French diplomatic source said.

The overall goal of the negotiations is a deal curbing Iran's nuclear energy programme to minimise the risk of any diversions into bomb-making in exchange for a removal of tough economic sanctions imposed on Tehran.

The powers and Iran have less than two weeks to bridge wide differences on the future scope of Iran's enrichment programme and other issues if they are to meet a self-imposed July 20 deadline for a deal.

Fabius said so far nothing had been agreed.

"None of the primary points are resolved, be it the question of (uranium) enrichment, number of centrifuges, the Arak reactor, how we treat Fordow (enrichment plant), how the international control is done, how sanctions will be lifted. None of these questions currently have been ticked off."

As impressions have risen among Iran's foes, especially Israel and the Gulf states, that the United States has turned somewhat softer on Tehran, France has defended their interests by taking the toughest line among the six powers. In 2011, it successfully pushed for a European Union oil embargo and stricter controls over Iran's central bank.

After marathon but inconclusive talks last year to reach an interim deal with Iran, France's negotiator called in his foreign minister to join the talks. A breakthrough preliminary accord was struck on Nov. 24 and it took effect on Jan. 20.

"I accept the argument that it's not surprising (there isn't a deal), because often in negotiations it is only at the end that there are concessions," Fabius said.

"There is no ambiguity in France's position. We want an agreement, but it has to be serious: civil nuclear power (in Iran), yes, but atomic bomb no."

Diplomats told Reuters on Tuesday Secretary of State John Kerry and other foreign ministers negotiating with Iran on its nuclear programme may travel to Vienna soon to join the talks.

"There is a desire notably by our American partners that there is a meeting at ministerial level before July 20," Fabius said. "I don't have a strong view on it, but at one point between now and July 20 we shall know where we stand."