French defense minister says targets in Syria have been identified, so strikes will follow up shortly 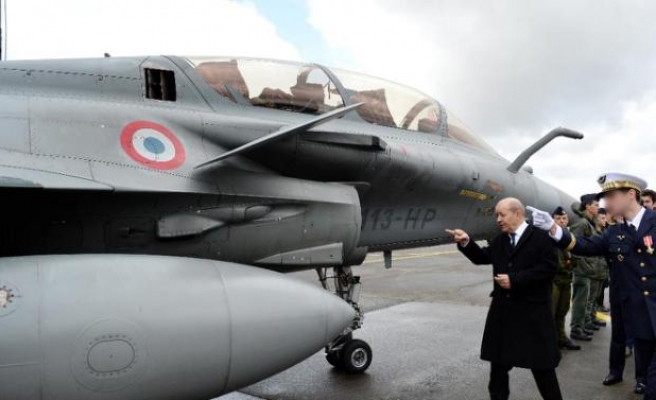 France will carry out its first air strikes on the ISIL jihadist group in Syria "in the coming weeks," Defence Minister Jean-Yves Le Drian said Wednesday.

The French air force has been carrying out reconnaissance missions over Syria since September 8, and strikes will follow "in the coming weeks, as soon as we have clearly identified targets," Le Drian told France Inter radio.

France has been part of a U.S.-led coalition bombing ISIL positions in Iraq for the past year.

France has so far confirmed it has carried out two surveillance flights over Syrian territory.

The United States, Canada, Turkey and Gulf states have already been involved in strikes on ISIL in Syria, and were joined on Wednesday by Australia, according to an announcement by the Australian government.

On Tuesday, Le Drian told parliament the ISIL had made "very significant progress" in Syria, especially in the northern region of Aleppo.

"There is an extremely strong offensive taking place on the small town of Marea, which if it succeeded would wipe out what we still call the Free Syrian Army or the national Syrian coalition, or what is left of it," he said.