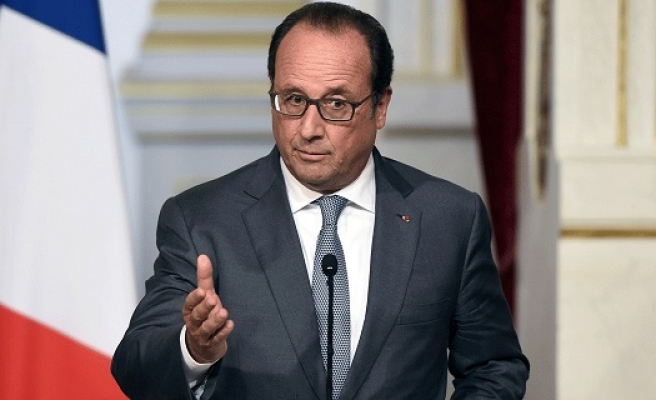 France will launch surveillance flights over Syria from Tuesday with a view to conducting airstrikes on ISIL positions, President Francois Hollande said on Monday.

"I have asked the defence ministry that from tomorrow surveillance flights can be launched over Syria, allowing us to plan airstrikes against ISIL," Hollande told a press conference in Paris.

He also confirmed that France would not send ground troops into the country, saying it would be "inconsequential and unrealistic."

He said it was unrealistic "because we would be the only ones" and also risked being "transformed into an occupation force".

"So we won't do it," he said. "It's for regional forces to take their responsibilities. France, however, will work to find political solutions."

He said that finding a political transition that sidelined Syrian President Bashar al-Assad was "essential".

"The transition is an essential point. Nothing must be done that can consolidate or maintain Bashar al-Assad," he said.

France has so far only carried out airstrikes against ISIL in neighbouring Iraq. Hollande said the French military had so far carried out 200 strikes in Iraq.

Britain is also thought to be considering military strikes in Syria, with Prime Minister David Cameron trying to organise a new parliamentary vote on the issue in the coming weeks.

British lawmakers rejected such action two years ago, in a decision that embarrassed Cameron and drew criticism from the United States.