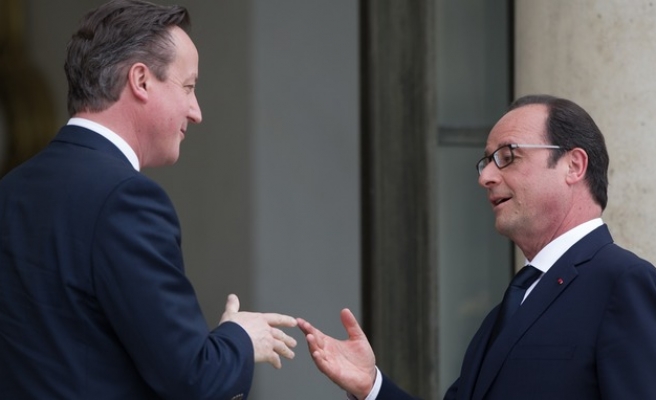 In a declaration released after the annual British-France summit in Amiens, France, the leaders urged all parties to stick to a ceasefire and stop rights violations that are "compromising peace and threatening to dramatically worsen the refugee crisis and benefit ISIL."