Army of al-Assad administration has entered Aleppo city from three points on Saturday, three soldiers of FSA were killed during the clashes 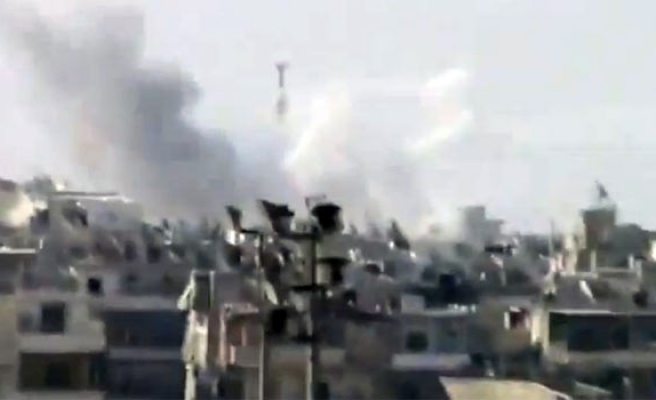 Abu Ahmad al-Halabi, a commander of FSA, said that there was a war going on between FSA --set up by opponents-- and the army of al-Assad regime.

Noting that three soldiers of FSA were killed during the clashes, al-Halabi said that fierce explosions happened in Salah al-Din neighborhood of Aleppo, and there was a real war going on between the two armies.

Earlier on Saturday, Syrian army, which has been dispatching tanks and soldiers along Aleppo border for days, has attacked Salah al-Din and Sikari neighborhoods with tanks and heavy armors.

Tens of tanks have been dispatched in Salah al-Din neighborhood, and they bombed the neighborhood randomly destroying and damaging many houses, said al-Halabi.

Meanwhile, FSA seized the control of the office of Baath Party in the city.

People started to leave the city due to operations.

Russian Foreign Minister Sergey Lavrov said that currently armed opponents have the control of Aleppo, and the city was about to live a new tragedy.

The army entered the city from Salah al-Din, Sikari and Saif al-Dawla neighborhoods by tanks. AA correspondent said that the tanks were later backed by air bombardment.

According to preliminary reports, five soldiers with Free Syrian Army as well as 15 civilians were killed in the attack.