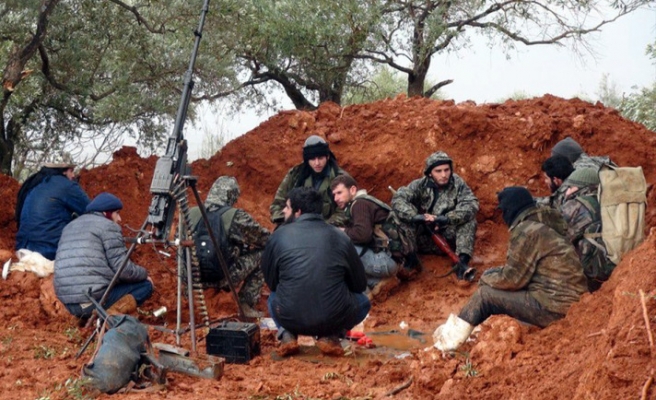 The reports that the Free Syrian Army has left Aleppo are not true, says Turkey's Foreign Ministry spokesperson Tanju Bilgic, at a press briefing in Ankara on Wednesday.

"There is an ongoing battle between the ISIL,  and the Syrian regime in Aleppo. But the Free Syrian Army is still there as well," said Bilgic. "We can expect another wave of migrants from Aleppo if the situation deteriorates there, Foreign Minister Cavusoglu repeatedly mentioned the issue."

Bilgic highlighted the importance of establishing a no-fly zone and a safe haven in the region as well.

"If established, these zones can prevent the wave of migration," he added.

Syria's most populous city remains besieged on one side by the regime of Bashar al-Assad and by Islamic State of Iraq and the Levant militants on the other. Opposition faction Free Syrian Army controls some key neighborhoods.

Ankara has strongly supported the proposal for a safe haven for refugees inside Syria near the Turkish border, as well as for the establishment of a no-fly zone above the country, with the UN and the international community.

Amid relentless fighting, regime bombardments and ISIL attacks concentrated in the northern parts of the country, an estimated 1.5 million Syrian refugees, including some 190,000 from Syria's border town Kobani, have sought shelter in camps across Turkey.