Free Syrian Army fighters are willing to relieve pressure on the villages of Nubl, al-Zahra and al-Foua. 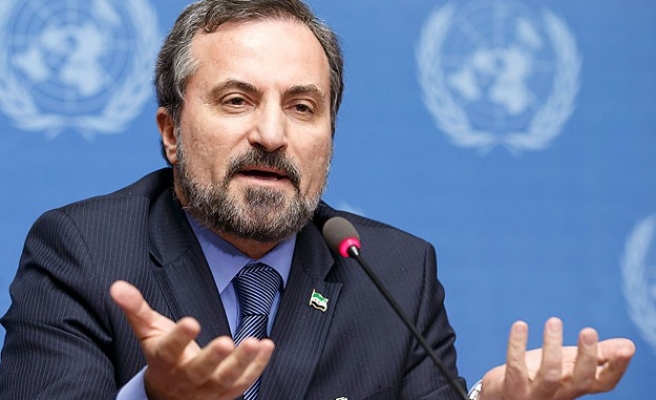 The Syrian opposition is willing to lift a siege on three pro-government villages in the north of the country as part of a wider agreement to relieve besieged towns on both sides, the opposition's spokesman said on Tuesday.

Louay al-Safi told reporters at the end of a morning session of talks in Geneva that Free Syrian Army fighters are willing to relieve pressure on the villages of Nubl, al-Zahra and al-Foua.

But he said President Bashar al-Assad's government has not agreed to lift the siege on the rebel-held Old City of Homs, seen as crucial for the success of any deal.

"We asked the regime to lift the siege from all cities and we agreed to lift any siege by the FSA from any town and city in Syria. There are three that are surrounded by the FSA because they have been used as a launching pad from the regime to attack Aleppo," Safi said.

An afternoon session in talks to end the war in Syria was cancelled, the opposition delegation said, citing differences over the goal of the talks.

"There is deep resistance by the regime to move the discussions onto the question of a transitional government."