Spokesman also denied having any information on Morsi’s whereabouts or his health condition. 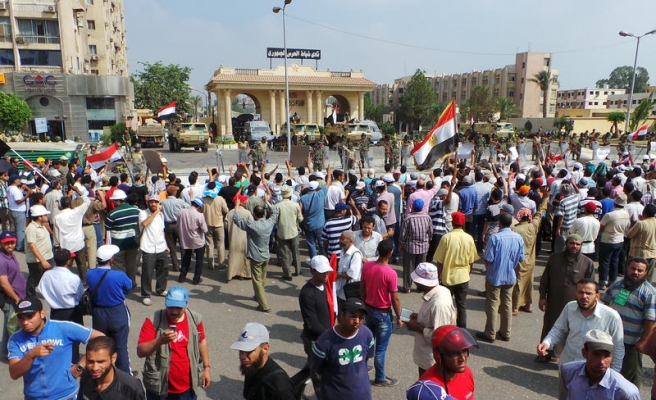 The Muslim Brotherhood’s Freedom and Justice Party (FJP) has no information whether ousted president Mohamed Morsi was on hunger strike.

“We have no information about president Morsi,” FJP spokesman Gehad Hadad told Anadolu Agency on Monday.

“We have no communication with the president because they (authorities) would not allow us,” he added.

“Because of this we have no information whether he has gone on hunger strike.”

The spokesman also denied having any information on Morsi’s whereabouts or health.

Morsi, Egypt’s first democratically elected president, was ousted by the military on July 3 following mass protests against his regime.

He has not been seen in public ever since and nobody knows where he is being held.