Fury in Damascus, Moscow as US strikes Syria airbase

US allies rallied around Washington after President Donald Trump launched the massive strike in retaliation for a "barbaric" chemical attack he blamed on Assad. 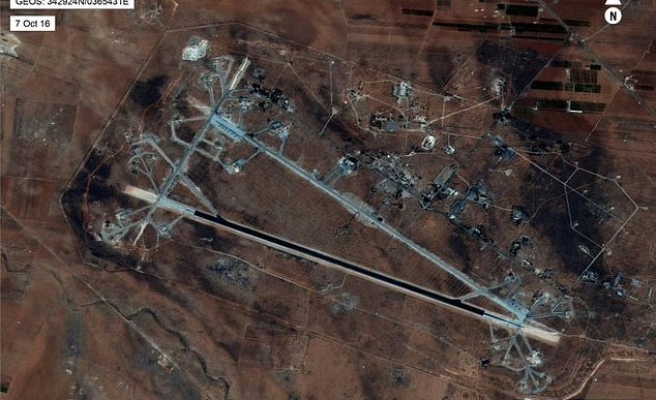 The Damascus regime and its ally Russia furiously condemned an American air strike on a Syrian airbase Friday that marked the first direct US assault on President Bashar al-Assad's government.

But Assad's office called the strike "foolish and irresponsible" and Moscow announced a series of retaliatory steps including plans to strengthen Syrian air defences.

Russia also demanded an emergency meeting of the UN Security Council and US diplomats said it was to meet at 11:30 am (1530 GMT) on Friday.

It followed days of outrage at images of dead children and victims suffering convulsions from the suspected sarin gas attack in the rebel-held town of Khan Sheikhun.

US officials said 59 Tomahawk cruise missiles were fired from Navy ships in the Mediterranean at the Shayrat airfield at 3:40 am (0040 GMT), dealing heavy damage to the base from where Washington believes Tuesday's deadly attack was launched.

Syrian state news agency SANA said nine civilians including four children were killed in villages near the base.

"What America did is nothing but foolish and irresponsible behaviour, which only reveals its short-sightedness and political and military blindness to reality," Assad's office said in a statement.