The home of a senior Hamas military wing leader in the central Gaza Strip was struck by Israeli warplanes, wounding 42 civilians on Monday morning. 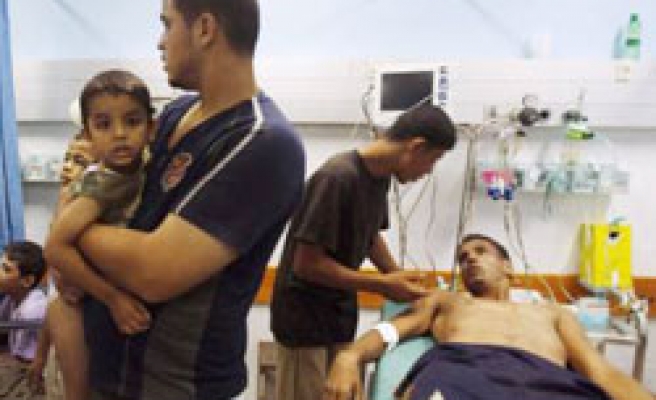 Palestinians say the blast was caused by an Israeli airstrike, Israel denies that.

The blast comes after an Israeli air strike killed another Hamas commander at the weekend.

It was unclear if he was killed in the blast. Rescue teams were digging through the rubble.

The Israeli military, through an army spokeswoman, formally denied any involvement.

Israeli warplanes had launched two pre-dawn raids what they said on tunnels in the southern Gaza Strip on Sunday after a Palestinian rocket struck the southern town of Sderot, damaging a university building without causing casualties.

Issa Batran, whose caravan was hit by a missile, was the first Hamas commander Israel killed in an air strike attack in Gaza since Israel killed up to 1500 Palestinians there in December 2008.