On Tuesday, a Cairo court outlawed the Palestinian group's activities in Egypt and ordered its offices closed. 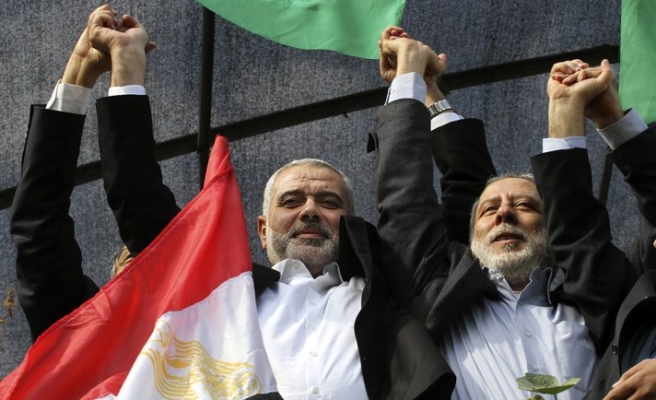 The Gaza government on Wednesday urged Egyptian authorities to reconsider a Tuesday court ruling banning the activities of Palestinian resistance faction Hamas in Egypt and seizing the group's Egypt offices.

In a statement, the Gaza government voiced its "deep concern" over the ruling, calling on the Egyptian authorities to revisit the decision, which, it asserted, served to "target all Palestinians."

On Tuesday, a Cairo court outlawed the Palestinian group's activities in Egypt and ordered its offices closed.

In its Tuesday ruling, the court said the ban on Hamas activities in Egypt was only temporary until another court – which is currently trying ousted president Mohamed Morsi for allegedly "conspiring" with Hamas – can deliver a final verdict.

A number of Hamas members are defendants in two trials that Morsi, a Brotherhood leader, now faces for alleged espionage and jailbreak.