According to an unofficial figures, 200,000 out of 500,000 Palestinian displaced by the Israeli offensive are taking shelter in Gaza schools. 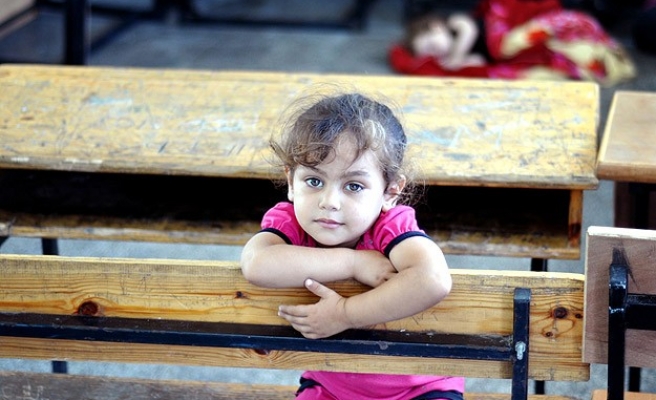 Palestinian Education Ministry has adjourned the start of the new school year in the Gaza Strip indefinitely as the embattled enclave continues to reel under an ongoing Israeli onslaught that has damaged at least 141 schools.

In a statement, the ministry said that the new academic year would start on Sunday as planned in the West Bank while it would be adjourned indefinitely in the Gaza Strip due to the "ongoing, escalated Israeli aggression."

The ministry added that a date would be determined later for the start of the academic year in Gaza when the Israeli onslaught stops.

According to an unofficial figures, 200,000 out of 500,000 Palestinian displaced by the Israeli offensive are taking shelter in Gaza schools.

The ministry said earlier that at least 141 schools in Gaza had been damaged by Israel's weeks-long offensive.

Of these, 22 schools were completely destroyed and would not be able to receive students in the new academic year, the ministry said, noting that the estimated cost of repairing the affected schools could be as much as $10 million.

Violence flared up again on Tuesday between Israel and Palestinian factions in the Gaza Strip following the collapse of indirect, Egypt-hosted talks aimed at reaching a permanent ceasefire deal.

Israel accused Palestinian factions of violating a temporary ceasefire (which expired on midnight Tuesday) – a claim denied by resistance faction Hamas, which in turn accused the self-proclaimed Jewish state of attempting to derail the talks in Cairo.

Since hostilities began on July 7, at least 2100 Palestinians have been killed – the vast majority of them civilians – and more than 10,000 injured by Israeli attacks across the Gaza Strip.

Thousands of homes and buildings in Gaza, meanwhile, have been destroyed by relentless Israeli bombardments.