The first few weeks of the academic year, the ministry said, would be devoted to students' psychological rehabilitation 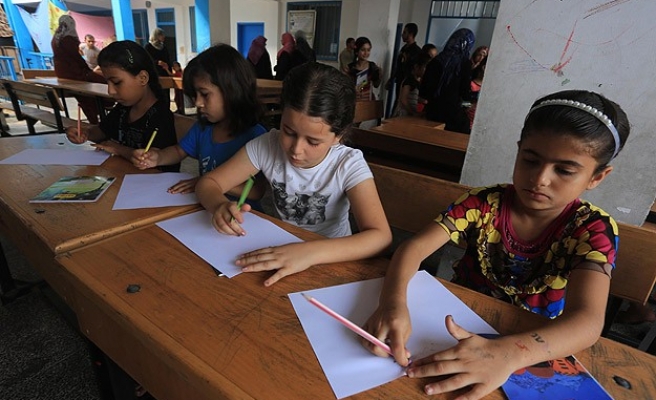 The Palestinian Education Ministry said Friday that the new academic year in the Gaza Strip would begin on September 14 – almost three weeks after the school year began in the Palestinian West Bank.

In a statement, the ministry said it had agreed with officials of the United Nations Relief and Works Agency for Palestinian Refugees (UNRWA) to start Gaza's new school year on September 14.

The first few weeks of the academic year, it added, would be devoted to students' psychological rehabilitation – for which school headmasters and teachers will receive training – in light of Israel's just-ended military onslaught on the coastal strip.

The new school year for the strip's almost half million students had to be delayed due to Israel's devastating 51-day offensive, which left more than 2,100 Palestinians dead – mostly civilians – and nearly 11,000 injured.

Over the course of the onslaught, thousands of homes, schools and educational buildings in Gaza were reduced to rubble by relentless Israeli bombardments by air, land and sea.

Some 500,000 Gazans were displaced by the violence, including 300,000 who sought shelter in 85 schools located throughout the coastal enclave.

The Israeli onslaught only ended when an indefinite cease-fire came into effect on Tuesday.

The cease-fire deal calls for opening all border crossings between the Gaza Strip and Israel – effectively ending the latter's seven-year blockade of the coastal territory.

According to the agreement's terms, Palestinian and Israeli negotiators will hold indirect talks on other core Palestinian demands – including the release of prisoners and the establishment of a Gaza seaport – after one month.