Gazans in dark as pay dispute shuts only power plant

Gaza's only major power station stopped its generators due to a dispute with the Palestinian government in the West Bank over fuel payments. 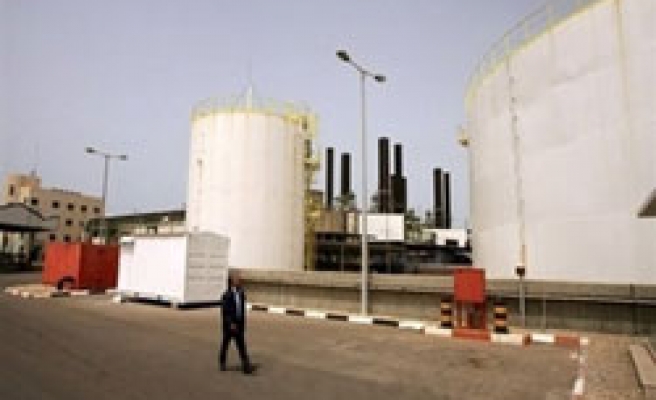 Gaza's only major power station that provides a third of the territory's electricity stopped its generators on Saturday due to a dispute with the Palestinian government in the West Bank over fuel payments, officials said.

Officials from Hamas party that runs the Gaza Strip, home to 1.5 million Palestinians, blamed the disruption on the rival Western-backed government of Palestinian Prime Minister Salam Fayyad based in the West Bank city of Ramallah.

Officials said the power outage could last days and the blackouts have severely affected the coastal strip's population and disrupted work at vital facilities such as hospitals and pumping water from wells.

The Gaza Strip is controlled by Hamas and it has barely allowed Palestinian President Mahmoud Abbas's Fatah faction that holds sway in the West Bank a political foothold in the territory since ousting it in a brief conflict in 2007.

The European Union, which used to directly fund the fuel shipments that are made by Israel, transferred responsibility to Fayyad's government and it now pays Israel to deliver the fuel.

"This is not about money, it is politically motivated and Salam Fayyad bears full responsibility for an act of collective punishment on the people of Gaza," Kanaan Abeid, a Hamas-appointed energy official in Gaza, told Reuters.

"Instead of paying for a large quantity of fuel, Fayyad's government has paid only for up to two days' supply, forcing facility officials to ration the distribution of power," said another official who declined to be named.

Omar Kettana, head of Palestinian Authority's Palestinian Energy Authority said the problem lay in Gaza where the local power company was failing to collect payment from subscribers and pass on the money.

He said monthly payments for fuel amounted to 100 million shekels (about $25 million).

"We fund 80 percent of the payment for Gaza's electricity generating fuel needs, but it is up to the Gaza electric company to be more effective in collecting payments. The only solution is for them to pay the 20 percent," Kettana said.

The ongoing dispute has led to heavy losses for businesses and suffering at homes in the sweltering summer heat.

A dip in the sea to cool off was also not an option in Saturday's searing temperatures as the power disruptions caused the territory's sewage treatment plant to shut down, leading to untreated waste being allowed to flow into the Mediterranean.

The third time since January that the plant has been forced to close due to fuel shortage, earlier blackouts were blamed on a rocky transfer of responsibility for fuel supply to Gaza from the EU to the Palestinian Authority, a Palestinian news agency said.