Protesters, who took to the streets after a call from the Union of the Displaced People in Gaza, raised posters calling for UNRWA to call off its decisions 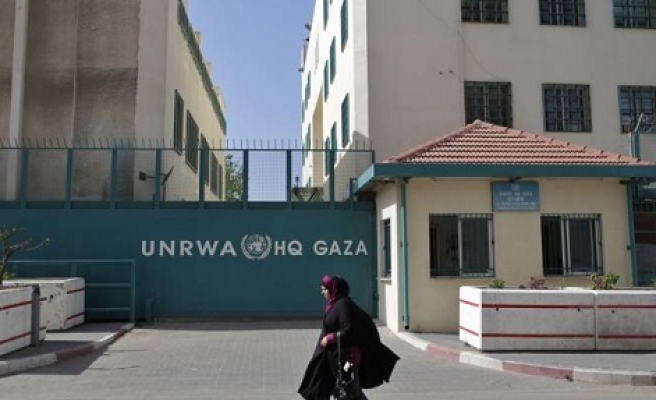 Scores of Palestinian who were displaced follow Israel’s war against the Gaza Strip last year staged a protest outside the UNRWA headquarters yesterday after the organisation decided to make them work to earn their rent contributions rather than pay their rent directly as is the current system, Middle East Monitor reported.

Protesters, who took to the streets after a call from the Union of the Displaced People in Gaza, raised posters calling for UNRWA to call off its decisions.

Union spokesperson Hassan Al-Walli said: “We call on UNRWA to immediately rescind the decision of imposing short-term working opportunities in return for the rent payment it pays for the displaced people.”

He called on UNRWA to afford regular rent payments for all the displaced people without any returns.

“The suffering of more than 100,000 displaced people in Gaza has been continuous for the second consecutive year,” Al-Walli said, “we call for accelerating the scale of reconstruction in order to return to our homes as soon as possible.”

Earlier this month, UNRWA announced a pilot project including having displaced people in Gaza to work in return for the payments they receive from the organisation.

“Responding to the massive financial deficit in our reconstruction programme in Gaza, which costs $720 million, we will start this voluntary pilot project,” an UNRWA statement said.