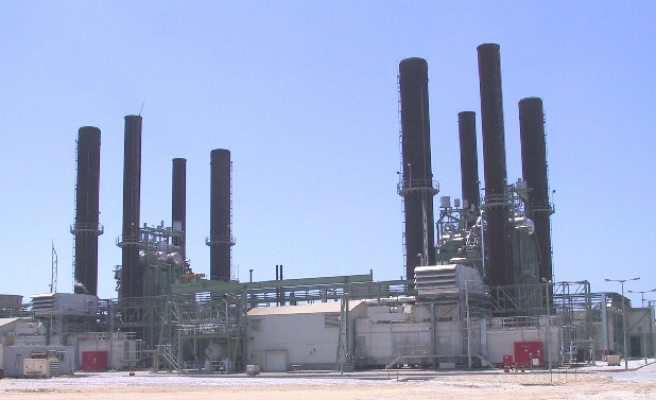 “Gaza’s only power plant will stop operating due to the closure of the Karam Abu Salem border crossing -- through which fuel is brought into the strip -- by the Israeli authorities,” the authority said in a statement.

Over the course of the next five days, a local energy official said, the power supply to Palestinian homes in the strip would be limited to six hours per day instead of the usual 12.

“The Israeli authorities have decided to close the crossing for five days -- preventing the entry of goods, including fuel -- from Friday until Tuesday for the Jewish holidays,” Mounir al-Ghalban, head of the Palestinian side of the Karam Abu Salem crossing (which links Gaza, Egypt and Israel), had told Anadolu Agency earlier.

For the last eight years, the Gaza Strip and its roughly 1.9 million inhabitants have groaned under a chronic power crisis caused by an ongoing Israeli/Egyptian blockade of the coastal enclave.

The Gaza Strip requires some 400 megawatts of electricity -- of which only 212 megawatts are currently available -- to meet the needs of its teeming population.

Gaza currently has three sources of electricity: Israel, which provides 120 megawatts; Egypt, which supplies 32 megawatts; and the strip’s sole power plant, which generates between 40 and 60 megawatts.