GCC secretary general said that the remarks "ignore the sincere efforts exerted by Qatar, along with the GCC and Arab nations, to combat terror and extremism on all levels and support joint Arab action." 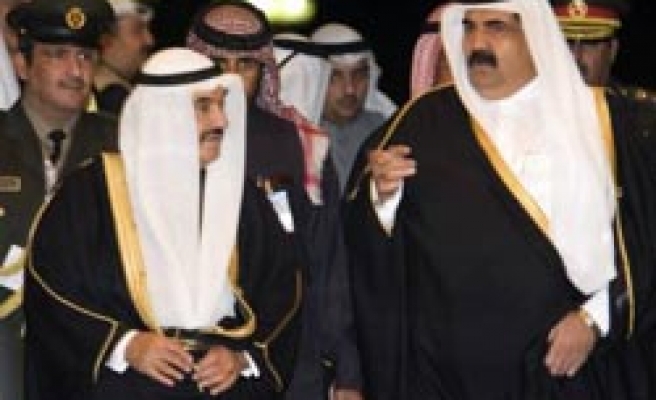 In a statement, al-Zayani said the accusations – leveled by Egyptian Arab League representative Tareq Adel – were "invalid and untrue."

The remarks, said the GCC chief, "ignore the sincere efforts exerted by Qatar, along with the GCC and Arab nations, to combat terror and extremism on all levels and support joint Arab action."

Adel accused Doha of "adopting a supportive stance vis-à-vis terrorism" after Qatar expressed reservations about a clause in an Arab League statement voicing the league's "understanding" of recent Egyptian airstrikes – ostensibly targeting the Islamic State of Iraq and Levant (ISIL) group – in Libya.

According to the league statement, all member states – with the exception of Qatar – expressed their "full understanding" for the airstrikes, while also condemning the ISIL's "barbaric" murder of 21 Egyptian hostages in Libya, a video of which appeared online earlier this week.

Relations between Cairo and Doha nosedived following the ouster in mid-2013 of Mohamed Morsi, Egypt's first freely elected president and a leader of the now-outlawed Muslim Brotherhood, by the army.

Egypt accused Doha, which had been a key ally of the Morsi administration, of interfering in its affairs by supporting the Brotherhood and hosting a number of wanted Brotherhood figures following Morsi's ouster.

Cairo also cites critical coverage of Egypt by Qatar's Al Jazeera news channel and its affiliate, Al Jazeera Mubasher Misr, which – before its closure last December – had been devoted exclusively to covering events in Egypt.

Following the death of the Saudi monarch last month, however, Egypt-Qatar relations again appear to be taking a downturn.