Escalating violence and a vicious cycle of retaliation could leave Syria ungovernable even if a winner finally emerges from al-Assad's battle with rebels. 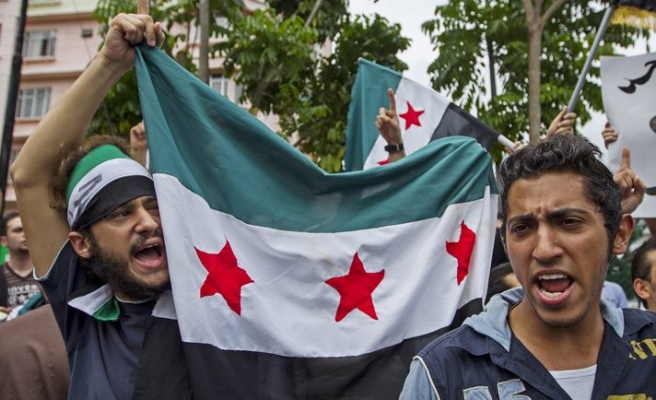 Escalating violence and a vicious cycle of retaliation could leave Syria ungovernable even if a winner finally emerges from President Bashar al-Assad's battle with rebels.

Nearly a year and a half since the uprising erupted, initially as peaceful protests for reform, Assad's forces and their insurgent foes are fighting a messy conflict with no frontline and scant regard for the rules of war.

Assad has deployed air strikes and artillery to pound restive towns into submission, hitting civilian homes and hospitals. Rights groups say his forces have committed massacres. Rebels have shot or slit the throats of captured Assad supporters and hurled corpses off high buildings.

The increasing brutality of the conflict makes any prospect of reconciliation remote and exacerbates sectarian divisions between the mainly Sunni Muslim rebels, Assad's Alawite community, and Christian, Druze and Kurdish minorities.

Assad may already be planning to exploit those divisions to ensure that, if he cannot win outright, no successor could monopolise power in the way that he and his father, Hafez al-Assad, have done for four decades.

"In order to survive, Assad and his Alawite generals will struggle to turn Syria into Lebanon - a fractured nation, where no one community can rule," said University of Oklahoma's Joshua Landis on his blog "Syria Comment".

Landis said Assad's "Lebanon option" would be to "turn Syria into a swamp and create chaos out of (its) sects and factions... Already the Syrian army has largely been transformed into an Alawite militia."

Opposition figures say a descent into violence and chaos will be inevitable if the outside world does nothing to stop it.

"My message to the international community is that the longer you ignore us the faster you are creating extremists in Syria," said Sheikh Tawfiq, commander of the Nuraldin Zinky brigade from Qobtan al-Jebel near Aleppo.

"The violence and oppression we are witnessing because of this war is making young Syrians angry and depressed, and is pushing them to extremism even terrorism. The world needs to come to our aid now before it is totally too late," he said.

The mainly Arab and Sunni Muslim nature of the uprising means the conflict is centred on a north-south backbone of primarily Sunni populations, from Deraa in the south to Aleppo in the north.

Rather than massing their forces for a showdown with Assad's troops, the multitude of rebel brigades, mostly Syrian but including foreign jihadi fighters, have fought localised battles with security forces which have ebbed and flowed over months.

Areas where Assad's Alawite community are strong, including the western mountains near the Mediterranean, have been quieter, though not violence-free, while Assad appears to have acquiesced in a Kurdish grab for autonomy in the north-east.

U.N. investigators said this week they found reasonable grounds to declare that Assad's forces and their shabbiha militia allies had committed war crimes and crimes against humanity, including murder and torture of civilians.

Government forces and shabbiha militia had raped men, women and children in acts that could be prosecuted as crimes against humanity, the investigators said. Government troops had targeted staff of the Syrian Arab Red Crescent, a war crime, they said.

Rebels were also guilty of war crimes, including executing captured soldiers, though their violations were on a lesser scale, the investigators said.

That greater brutality means that, barely noticed against a backdrop of battles for the capital Damascus and the commercial hub of Aleppo, around 200 people a day are now killed in towns, cities and rural districts across Syria, activists say.

All that contributes to a mood of despair among many Syrians, who see their country left to its own sorry devices as the international community fails to unite behind a solution to the crisis.

"We have become overcome with a feeling of depression or despair. We feel abandoned by the world," said Abu Osama, a community leader in the town of Azaz, near the Turkish border.

One group which monitors Syria's violence, the Syrian Observatory for Human Rights, says more than 23,000 people have been killed since the uprising erupted in March last year, including nearly 6,000 soldiers and 1,000 defectors.

Another group puts the total at around 20,000 dead.

Neither side can assert full control of the territory it holds nor deliver a knockout blow, raising the prospect of protracted fighting which could get still bloodier.

"The regime is no longer able to secure complete quiet in any area that it has retaken," said Yezid Sayigh, senior associate at the Carnegie Middle East Centre in Beirut.

"But for now the regime still possesses very considerable means to raise the threshold of violence, while denying the opposition the means to build a similar capacity".

The army used automatic weapons, artillery and tanks to subdue its outgunned but increasingly well-armed insurgents.

More recently, as the geographical extent of the conflict spread too wide for ground troops to contain, Assad has used helicopter gunships and fighter jets to hit targets, though he has deployed only a fraction of his air power.

Ayham Kamel of Eurasia Group consultancy said that, barring surprises such as the president's assassination, the conflict could be stuck in a long term stalemate in which Assad holds on but is unable to defeat the opposition forces.

But an Assad collapse would be unlikely to bring stability. Fractures between local rebel commanders, the destabilising presence of foreign fighters and a likely re-emergence of rivalry between the rebels' main Gulf Arab sponsors Saudi Arabia and Qatar would lead to a power vacuum, Kamel said.

Faced with the loss of control of much of the country, Kamel predicted Assad would arm the "different religious sects, tribes, and entities to decrease the likelihood that any viable alternative emerges", plunging the country into a three-way conflict between Sunnis, Alawites and Kurds.