Gulf air strikes on ISIL down due to Yemen conflict

Bahrain, Saudi Arabia and UAE have carried out air strikes against ISIL in Syria but three Gulf Cooperation Council members are also involved in air and ground campaign in Yemen 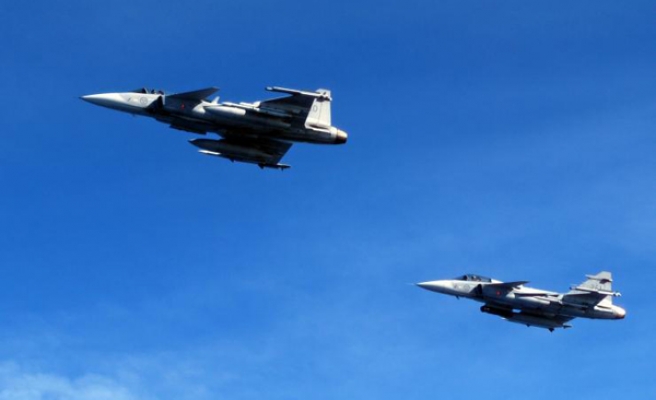 Air strikes by Gulf Arab members of the U.S.-led coalition fighting the ISIL group in Syria have diminished since they launched an air war against Yemeni rebels in March, a U.S. general said Tuesday.

Bahrain, Saudi Arabia and the United Arab Emirates have carried out air strikes against ISIL in Syria but the three Gulf Cooperation Council members are also involved in an air and ground campaign in Yemen in support of exiled President Abedrabbo Mansour Hadi.

"There is a mix of GCC that is participating in Yemen as well as in the operations in Iraq and Syria," said U.S. Air Forces Central Command chief Lieutenant General Charles Q. Brown.

"Less so since March because they've been occupied with the Yemen operation," he told reporters at the Dubai Airshow.

Washington has been leading mainly Western allies in carrying out air strikes against ISIL in Iraq since August last year.

In September last year, it launched air strikes against ISIL in Syria with the support of mainly Arab allies.

In September this year, Russia launched its own separate bombing campaign in Syria in support of its ally President Bashar al-Assad.