The GCC countries have pegged their currencies to the USD in order to stablise their own currencies. 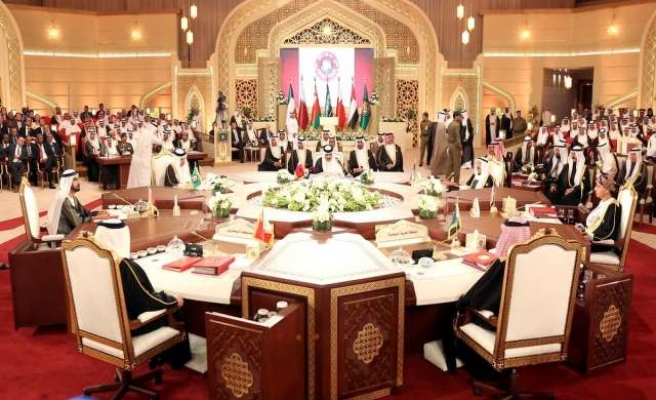 Gulf Arab oil states may need to rethink longstanding economic policies, including their fixed exchange rates, over the next five to 10 years as economic cycles in the region and the United Statesdiverge, a senior Qatar central bank official said in a research paper.

The six nations in the Gulf Cooperation Council (GCC) have pegged their currencies to the U.S. dollar - or in the case of Kuwait, a peg to a basket of currencies that is believed to be dominated by the dollar - to stabilise them.

But in recent years the GCC economies have moved more out of sync with the United States, as the pegs press GCC policymakers to mirror the U.S. central bank's decisions even if trends at home call for the contrary.

As long as they have currency pegs to the dollar, the Gulf States could face destabilising capital outflows or inflows if they allow large interest rate gaps to open up with the United States - but raising interest rates while Gulf economies are slowing could hurt growth further.

Markets believe the Federal Reserve may start raising interest rates this year, and this "is coming at the wrong time for the GCC countries. There is considerable uncertainty here with the oil price and the Fed," Khalid Alkhater, the Qatar Central Bank's Director of Research and Monetary Policy, said in a research paper seen by Reuters.

"If the low oil price persists in the medium term and the Fed starts to raise interest rates, that might contribute to economic slowdown in the GCC. But it depends on the pace of the tightening process, how fast and how persistent they will be."

Alkhater stressed in the paper, presented at the Arab Centre for Research and Policy Studies in Doha, that it represented his personal academic view as a monetary policy specialist, and not the official view of Qatar's central bank in any way.

The Brent oil price has tumbled nearly $70 since June to nearly six-year lows below $50 per barrel, clouding the outlook for the GCC states, where government income from hydrocarbon sales powers economic growth.

Alkhater added, "The solution is to rethink how to reform the macro policy framework in the region over the medium term to the next decade. That is to adopt a more flexible monetary policy framework to allow for a more appropriate policy mix of fiscal, monetary and exchange rate policies."