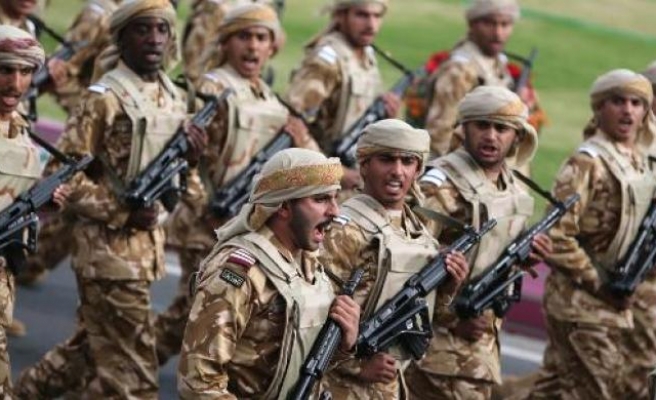 Gulf Arab monarchies have sent thousands of heavily armed troops to reinforce loyalists in Yemen in the battle against Iran-backed rebels, media reported on Monday.

The reinforcements come after a missile attack by the Shiite Houthi insurgents on Friday killed 60 Gulf soldiers -- 45 Emiratis, 10 Saudis and five Bahrainis.

But Qatar's Al-Jazeera news channel reported late on Sunday that 1,000 Qatari soldiers with 200 armoured vehicles have arrived in Marib after crossing the border from Saudi Arabia.

It is the first time Qatari troops are reported to be taking part in operations on the ground in Yemen by the Saudi-led coalition, which in March began an air campaign in support of exiled President Abedrabbo Mansour Hadi.

Yemeni military sources in Marib have spoken of the arrival of some 1,000 Saudi soldiers armed with tanks and other armoured vehicles, as well the Qatari reinforcements.

Military sources have also mentioned preparations in Marib for an offensive against the rebels and their allies, renegade troops loyal to ousted president Ali Abdullah Saleh.

The Huthis swept down from their northern mountain stronghold last year and seized Sanaa unopposed before advancing on second city Aden in March.

After loyalists recaptured the southern port in July, the coalition began a ground operation that has seen the rebels pushed back from five southern provinces.