The 'Raiders' hacker group has announced that it has crashed some Egyptian government websites to show the group’s condemnation of the military coup against elected President Morsi. 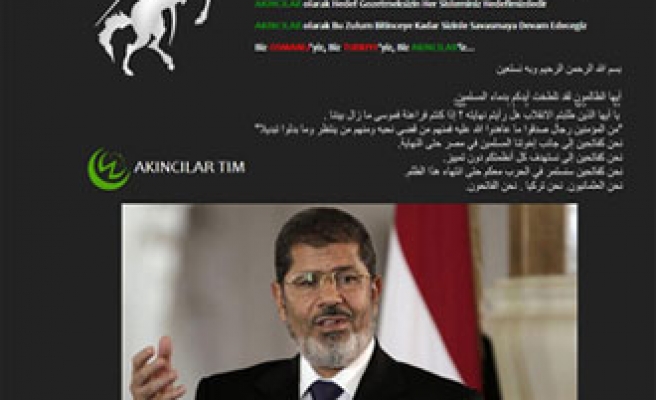 A hacker group has voiced its condemnation of the military coup against elected Egyptian President Muhammad Morsi, as the 'Raiders' hacker group has announced that it has crashed some Egyptian government websites.

As well as the website for the central agency, the hacker group has targeted the sites for the ministries of health, agriculture, transportation and sports.

The statement released by the group said, “It is not possible for as to remain silent like everyone else regarding the coup in Egypt and the massacre of Muslims. It is our task to show our reactions by leaving our messages on the sites.”

The protest messages left on the sites by the Raiders had expressions in Arabic and Turkish.