Hadi made his statement during a meeting with general secretaries of several Yemeni political parties. 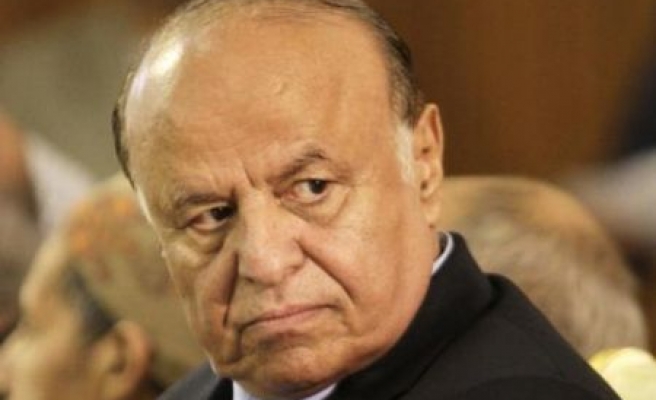 Hadi's statements were made during a meeting with the general secretaries of several Yemeni political parties, a source who attended the meeting told The Anadolu Agency.

Among the parties represented were the Nasserist Unionist People's Organization, the Yemeni Socialist Party, the Justice and Construction Party, the source said.

"Hadi conditioned rescinding his resignation on the withdrawal of Houthi militants from Sanaa and holding national dialogue meetings outside the capital," the source said.

"He also called for establishing security in Sanaa before rescinding his resignation," the source said.

Last September, the Houthis emerged as a formidable political and military force after taking control of the capital before moving on to establish control over other parts of the country.

In recent days, the capital has been rocked by deadly clashes between Houthi militants and presidential guard units amid an apparent push by the former to consolidate control.

Fractious Yemen has remained in a state of turmoil since Saleh's departure in 2012.