Secretary Hagel and Minister al-Sisi discussed progress in US and EU mediation efforts, while it was confirmed that William Burns met with detained Deputy Guide of the Egyptian Muslim Brotherhood Khairat al-Shater. 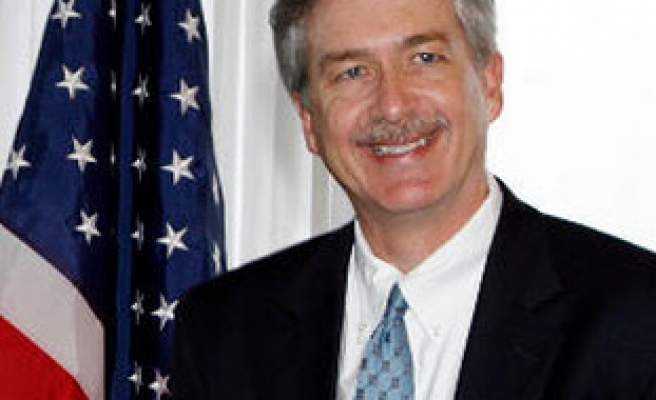 Little added, "Minister al-Sisi underscored his commitment to peaceful resolution of the ongoing protests in Egypt, and thanked Secretary Hagel for US support. Minister al-Sisi affirmed the commitment of the interim civilian government to an inclusive political roadmap for all Egyptians."

During daily press conference Harf said along with the foreign ministers of the U.A.E. and Qatar and EU Special Representative Bernadino Leon, Burns visited al-Shater.

"The visit was conducted in the context of ongoing diplomatic efforts to prevent further violence, calm tensions, and facilitate an inclusive dialogue among Egyptians that can help the transition to a democratically elected civilian government. I would also underscore that this meeting was done with the cooperation of the Egyptian authorities," said Harf.

Regarding the context of the visit, Harf said Burns was making the same points that US had made repeatedly that it was encouraging the Egyptians to be part of an inclusive process that included the Muslim Brotherhood.

She added Burns aimed meeting with a wide range of Egyptians to talk to them about how the US could assist them in process of calming tensions and moving forward with an inclusive process.

Asked whether he would meet ousted president Mohamed Morsi or not, Harf said Burns did not have plans to meet with him but left the door open for a future meeting.

Burns, arrived in Cairo on August 2, is on his second visit to Egypt after the ouster of Morsi.