Half of Israelis don’t want Netanyahu as next PM: Poll 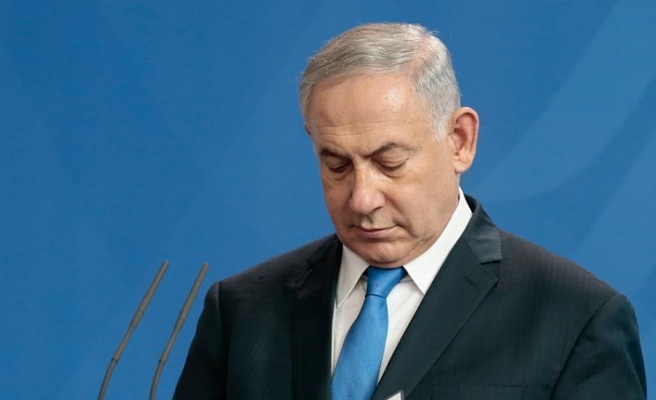 Half of Israelis don’t want Prime Minister Benjamin Netanyahu to be the next premier, according to a new survey.

The poll by the Israeli Broadcast Authority showed that 37 percent of Israelis see Netanyahu as the strong favorite to win the early election on April 9.

Fifty-two percent of respondents, however, believe that Netanyahu should not be the next prime minister.

Former army chief Benny Gantz and Yair Lapid, the leader of the Yesh Atid (There is a Future) party, trailed second with 13 percent, followed by Avi Gabbay, the chairman of the Labor party, with 7 percent, the poll showed.

Likud had won 30 seats in the last general election in 2015.

The poll also predicted that the Yesh Atid Party and the Arab Joint List would win 13 seats each in the polls, followed by the Jewish Home party with 12 seats and the Zionist Union with only 10 seats.

On Monday, Israeli coalition partners decided to dissolve parliament and call early election, which came after a dispute over a compulsory military service bill as United Torah Judaism vowed to withdraw from the coalition if the Knesset voted in favor of the draft law.

Army service is mandatory for all Israeli citizens (three years for men and two years for women), with the exception of members of the Ultra-Orthodox Jewish community.

Ultra-Orthodox Jews account for roughly 10 percent of Israel's total population. They tend to live in closed communities and adhere to strict interpretations of Jewish religious law.