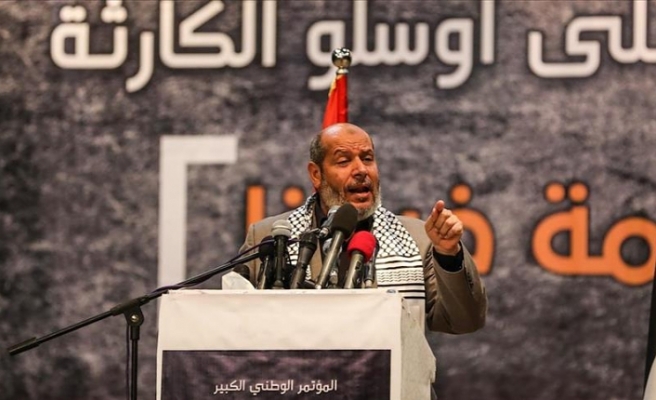 “Egypt has presented a clear paper for ending the division and rearranging the Palestinian fold,” Khalil al-Hayya, a member of Hamas’ political bureau, told an event held in Gaza City.

“This paper included all demands by national factions and we have accepted it despite our reservations,” he said.

The Hamas member called on rival Fatah group to “accept the [Egyptian proposal for] reconciliation and unity with a view to facing the challenges facing the Palestinian cause."

Last month, delegations from Hamas and Fatah held talks with Egyptian officials in Cairo on ending the Palestinian division.

These talks are one of dozens of rounds -- in Cairo and several Arab capitals -- between Hamas and Fatah since the start of the Palestinian division in 2007, but the talks have yet to bear fruit.