Hamas calls on Hezbollah to unite fight against Israel

The letter, posted on the website of Hezbollah-run Al-Manar TV, suggest that Hamas and Hezbollah were uniting over Syrian war. 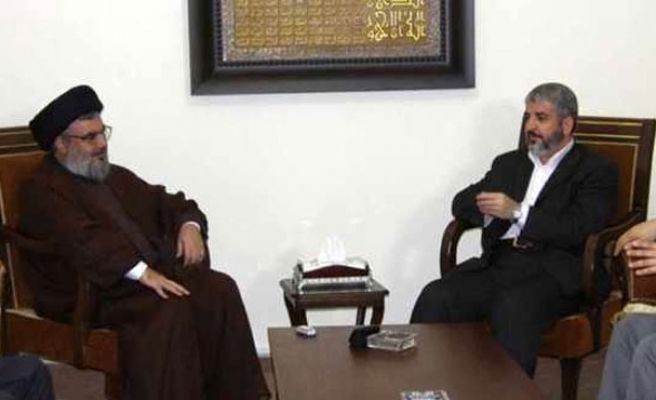 A letter purported to be from Mohammed Deif, the leader of Hamas's armed wing, on Thursday appealed to the Lebanese Hezbollah group to unite with Hamas in battling Israel.

The letter, posted on the website of Hezbollah-run Al-Manar TV, suggests the Palestinian Hamas and Hezbollah were patching up a rift over the Syrian war.

Hamas has been hostile toward Syrian President Bashar al-Assad, while Hezbollah, backed by Iran, has been fighting against the rebels trying to topple him.

"The true enemy of the nation is the Zionist enemy and all rifles must be directed against it," said the letter, which carried Deif's signature. "All forces of resistance must direct their coming battle as one."

Deif was targeted in an Israeli bombing in last summer's Gaza war.

The letter offered Hamas's condolences to Hezbollah leader Sayyed Hassan Nasrallah over the killing of six of its fighters in an Israeli air strike on Sunday in Syria near the Israeli-occupied Golan Heights.

Israel says Deif was behind the deaths of dozens of people in suicide bombings in its cities and has tried to assissnate him several times, including one attempt in August during the 50-day Gaza war. The shadowy leader, whose health condition is unknown, has been in hiding for years.

Hamas, in political and financial isolation, has been anxious to revitalise old alliances and restore its battered funding. In December, it said it had restored its ties with Iran, which had been angered by Hamas' stance against Assad.