Two groups hold an extraordinary meeting with attendance of an Egyptian security delegation. 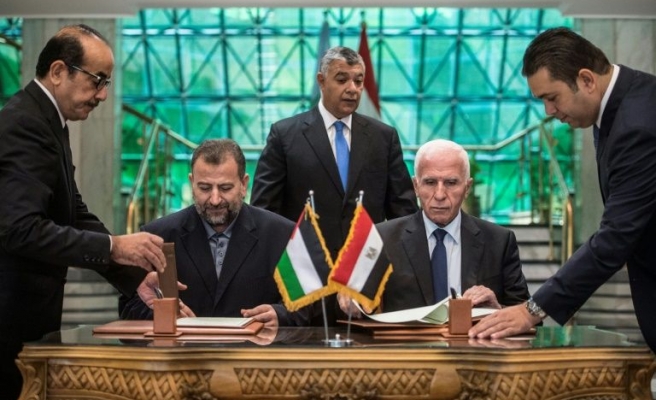 An extraordinary meeting was held in Gaza between the two groups with the attendance of an Egyptian security delegation.

He said the delay was needed to complete the necessary preparations for a successful reconciliation.

"The two sides agreed in principle to allow the legitimate Palestinian government to return to Gaza in accordance with [Palestinian] law," Azzam al-Ahmad, who led Fatah's delegation at the Cairo talks, said at a news conference.

The agreement also reportedly called for the Fatah-led Palestinian unity government to take control of the Gaza Strip by Dec.1.

Both groups have so far pointed out that they would make every effort to maintain the agreement.