Khaled Meshaal claims negotiations with Israel move towards truce, but agreement not yet formulated 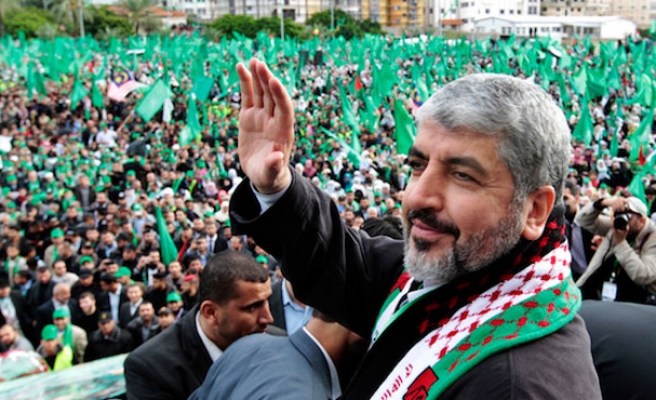 Chief of the Hamas political bureau Khaled Meshaal said that talks with Israel are moving towards a cease-fire and the contacts "look positive" though there is no agreement to date, according to the interview for Al-Arabi al-Jadeed newspaper.

"They seem positive, but we have not reached an agreement yet," Meshaal was quoted as saying in the interview about the alleged negotiations.

Meshal's words, however, contradict to those of the Israel Prime Minister's Office published denial at the beginning of the week, to the effect that "there are no meetings with Hamas, nor are there contacts, whether direct or indirect, with the organization."

"We need a tahadiya [a short-term cessation of hostilities] or a hudna [a cease-fire], and we're not looking for new terminology, because as long as there's an occupation and settlements there will be legitimate resistance, but we aren't looking for wars," said Meshal, adding that Hamas is open to any serious proposal, but not at the expense of the Palestinian national interest and its principles.

The Hamas leader said that, while there has been an effective truce in Gaza since last year, the situation is not tolerable for residents of the enclave, who live under a tight blockade.

Meshaal stressed the armed movement would not give up its weapons as long as the Israeli occupation of Palestinian territories continued.

Recently Palestinian President Mahmoud Abbas claimed that Israel and Hamas have been conducting clandestine meetings for the past eight months in an African country.