As Israeli bombs continue to pound Gaza, Hamas rules out Egypt as an honest broker in a future ceasefire, "only consider Turkey and Qatar as potential go-betweens with Israel." 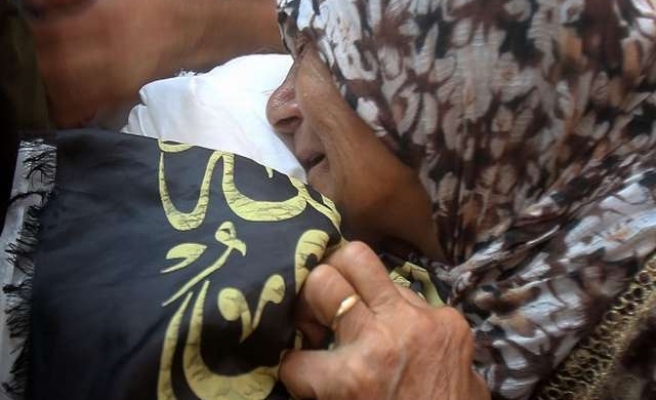 Hamas has decided to rule Egypt out as a negotiator for a ceasefire, a senior source reportedly said.
According to David Hearst from the Middle East Eye, he said that from now on, "Hamas would only consider Turkey and Qatar as potential go-betweens with Israel."

The report points out that the decision counters international attempts to get ceasefire talks going, as they are primarily routed through Egypt.

Hamas's decision to rule Egypt out of the equation is a major shift in its position, as Egypt has played an important role in all previous truce negotiations between Israel and the movement since 2006. In November 2012, the then Egyptian president Mohamed Morsi played a key role in stopping a week-long assault on Gaza and was praised by the US administration for his actions.

The report stated the Hamas reasoning as followed:

"This time, however, the source said that Hamas decided that Egypt was unable to negotiate a deal after being passed secret messages from Egyptian intermediaries on the eve of the bombardment that Israel would “wipe out” one third of the Gaza Strip. Egyptian President Abdel Fatah al-Sisi had previously claimed that he would broker a ceasefire.

This was followed by the announcement by the Egyptian Army that they had blown up 29 tunnels under the country’s border with Gaza. Hamas also noted the unrelenting hostility and triumphalism of the official Egyptian media to the Israeli bombardment."

David Hearst also reported that, another senior source said that Hamas had decided to harden its conditions for a ceasefire. Instead of calling for an end to the siege, the Islamic movement are now saying they demand the re-opening of both Gaza’s sea port and its much bombed airport.

Hamas and Islamic Jihad, the second-most potent Gaza faction, made clear they would not accept a mere "calm for calm" where both Palestinian fighters and Israeli forces stand down.

"There can be no ceasefire unless the conditions of the Resistance are met," he added, saying Israel had to stop blockading Gaza and free hundreds of Palestinians it rounded up in the occupied West Bank last month.

The European Union said on Monday it was in touch with "parties in the region" to press for an immediate ceasefire in Gaza.

The EU was following events in Gaza, where health officials said more than 166 Palestinians have been killed during a week-long Israeli offensive, with great concern.

"We call on all sides to exercise maximum restraint, to avoid casualties and to return calm. We are in contact with parties in the region to do their utmost to achieve an immediate ceasefire," EU foreign policy spokeswoman Maja Kocijancic told reporters, without giving details.

The Israeli newspaper Yediot Aharonot reported on Saturday that Egypt was talking with another Arab state, "most probably Qatar", about the terms of a ceasefire. Tony Blair, the Quartet envoy, arrived in Cairo on Saturday and met with Egyptian President Abdel Fattah el-Sisi, who warned against "further escalation" in Gaza.

"The [talk] about efforts to broker a ceasefire come from Israeli sources only," Hamas leader Abu Zuhri told Al Jazeera, adding that media reports of a ceasefire are meant to distract international attention from the violence currently engulfing Gaza.

But Moussa Abu Marzouk, another member of the Hamas leadership, recently hinted at a ceasefire on his Facebook page. "[Israel] started the fight. We will remain on our land and the future is for us. If there [is] a lull, this will not be the last battle, but a warrior's respite," he wrote.