Bardawil said one Hamas member accused in the case was Hassan Salama, who has been languishing in an Israeli prison since 1996. 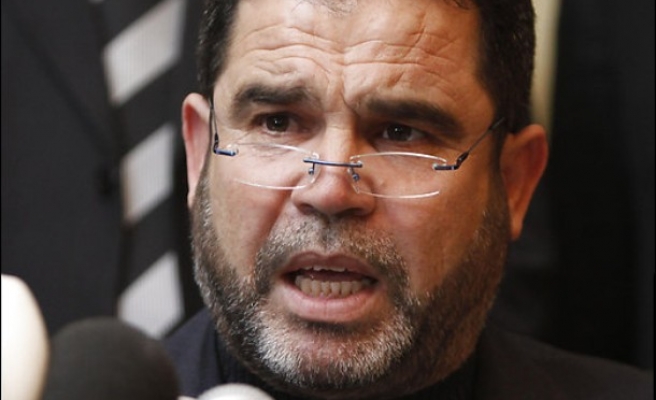 "The accusations by the Egyptian judiciary against Hamas… are unrealistic, illogical and only aim to undermine the Palestinian resistance, distort its image, and gratify the Zionist enemy," Hamas spokesman Salah Bardawil told Anadolu Agency.

On Tuesday, Morsi appeared in court with 21 other defendants to answer charges that he illegally broke out of jail during the 2011 uprising that ended Hosni Mubarak's 30-year rule.

According to a statement issued by investigating judges, 800 foreign operatives crossed the border into the Sinai Peninsula from the Gaza Strip during the 2011 uprising.

Hamas has repeatedly and strenuously denied the claims.

"Attempts to associate Hamas with the situation in Egypt is a kind of political altercation that will not deter us or our weapons from pursuing our main objective: confronting the Zionist enemy and liberating [Palestinian] land," Bardawil said.

"It's illogical that armed Hamas operatives could penetrate the Egyptian border and drive four-wheel vehicles to Cairo to break prisoners out of Egyptian jails," he added.

He went on to point out that one Hamas member accused in the case was Hassan Salama, who has been languishing in an Israeli prison since 1996.

"I don't know why the Egyptian judiciary would come out with such a lie," he said.