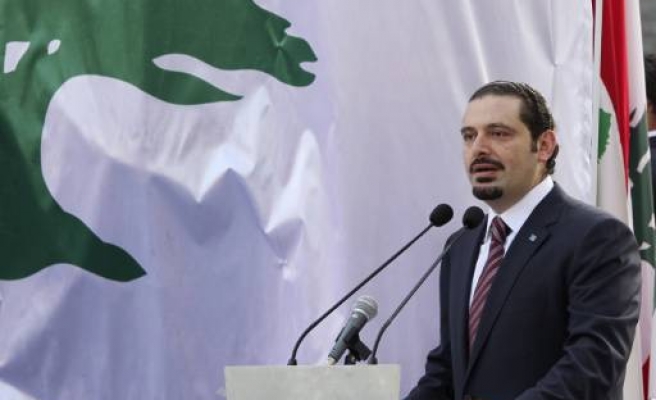 Lebanese Prime Minister Saad Hariri said on Monday that the Iran-backed Hezbollah must stop interfering in the affairs of neighboring countries, and accept a "neutral" policy in order to bring stability to Lebanon.

On Nov. 4, Hariri abruptly announced his resignation in a televised address from Saudi Arabia, accusing Iran and its Lebanese ally Hezbollah of sowing "sedition" in the region and "meddling" in Arab affairs.

Speaking in an interview recorded on Monday evening with French broadcaster CNews, Hariri said he was still in office. "Yes, I am still the prime minister," he said.

"I would like the stability of Lebanon to be the first thing for everyone. For me, when the president asked me to suspend my resignation, I told him that we had to solve some problems, and we are doing some consultations, and I would like to stay," Hariri continued.

As for his resignation, he said he wanted to create a "positive shock".

"I wanted to do something for the country. We are in a very difficult period where the whole region burns. What I want is to stabilize Lebanon."

Regarding the circumstances of his resignation, Hariri said he went to Saudi Arabia to improve relations.

"When I saw that we had a very big problem with the Gulf, I had to create a positive shock. Regarding everything that happened there, there are many stories that have come out, but I am keeping it to myself," he said.

The Lebanese PM said he wanted his country to be neutral vis-a-vis all conflicts.

Hariri said he expected Hezbollah to implement "the neutrality we agreed upon in the government and the communique in parliament, where we said we will have good relations with all Arab countries".

Hariri said he did not want to resign but would resign again if Iran and Hezbollah did not accept the new political balance he was proposing.

"I believe that Hezbollah is engaged in a very positive dialogue; I do not want to talk about negative choices that I could make."