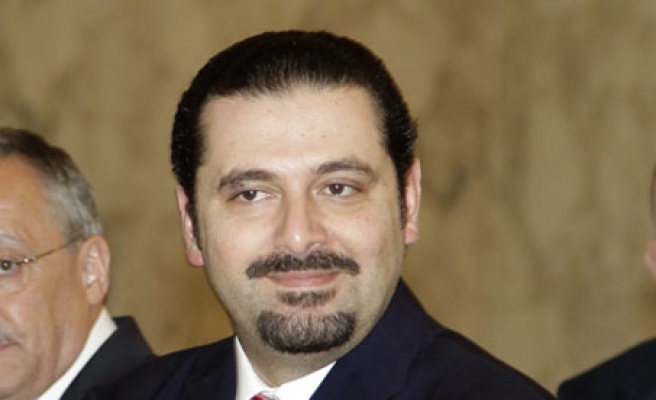 Lebanon's leading politician Saad al-Hariri accused Hezbollah on Saturday of dragging the country deeper into Syria's civil war after the Nasrallah said he was ready to go to Syria himself to fight.

Hariri, a former prime minister, was responding to a speech by Hezbollah Secretary-General Hassan Nasrallah who said that a car bomb in southern Beirut would only redouble the group's military support for Syrian President Bashar al-Assad.

"(Nasrallah's) speech takes Lebanon into deeper involvement in the Syrian fire," Hariri tweeted. "It's a pity to squander the blood of the Lebanese in such a way".

The death toll from Thursday's car bomb, already the deadliest attack in Beirut since the 1975-1990 civil war, rose to 27 on Saturday when the body of a six-year-old boy was found in the damaged ground floor of a nearby building.

Hariri's father Rafik al-Hariri, who also served as prime minister several times, was killed along with 21 others in a 2005 bombing. A U.N.-backed tribunal has indicted four Hezbollah members over the killing.

"What happened (on Thursday) was an ugly crime, but Hezbollah's war in Syria is crime as well," Hariri said, criticising Nasrallah for calling for restraint at home while reinforcing his commitment to the battle in Syria which has polarised Lebanon and sharply raised tensions.

Hezbollah guerrillas led Assad's fight to recapture the Syrian border town of Qusair in June from mainly Sunni rebels, and have also fought in the city of Homs and near the shrine of Sayyida Zeinab south-east of Damascus.