Nasrallah in July revealed that he knew the UN tribunal probing Hariri's murder was likely to indict members of his party, slamming the court as biased. 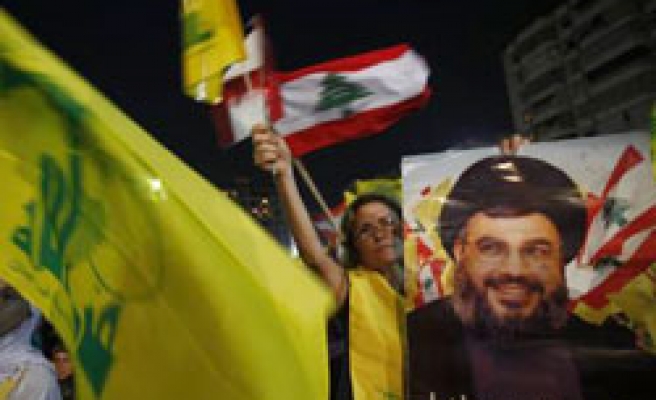 Hezbollah chief Hassan Nasrallah on Tuesday accused Israel of the 2005 assassination of ex-premier Rafiq Hariri and said he would unveil proof to that effect at a news conference next week.

"I accuse the Israeli enemy of the assassination of (former) Prime Minister Rafiq Hariri and... I will prove this by unveiling sensitive information at a press conference on Monday," Nasrallah said in a speech transmitted via video link.

Hezbollah leader Hassan Nasrallah in July revealed that he knew the UN tribunal probing Hariri's murder was likely to indict members of his party, slamming the court as biased.

He made it clear that he would not accept such a scenario, accusing the tribunal of being politicised and part of an Israeli plot.

Nasrallah in July had revealed he was aware the UN-backed tribunal probing the Hariri murder was likely to indict members of his Shiite militant party, slamming the court as biased and part of an Israeli plot.

Hariri and 22 others were killed in a massive bombing on the Beirut seafront on February 14, 2005.

The assassination sparked an international outcry and led to the withdrawal of Syrian troops from Lebanon after a 29-year presence.

The Hariri murder has been widely blamed on Syria, but Damascus has consistently denied involvement.

Nasrallah's pre-scheduled speech on Tuesday came hours after clashes between the Lebanese and Israeli armies killed two Lebanese soldiers and, a Lebanese journalist, and an Israeli commander.

The speech was initially intended to mark the four-year anniversary of the end of the 2006 war between his party and Israel.

The 34-day war ended on August 14 but Nasrallah was speaking ahead of the anniversary date because of the start of the holy fasting month of Ramadan next week.