"America, is in our view, the mother of terrorism and the origin of terrorism," Nasrallah said, adding this meant the United States was not ethically qualified to lead a "war on terrorism". 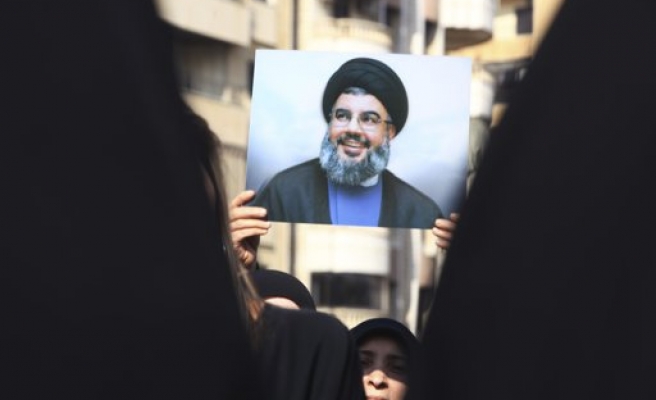 The leader of Hezbollah said on Tuesday he opposed U.S-led air strikes on Syria, where his Lebanese Shi'ite Muslim group has been fighting alongside forces loyal to President Bashar al-Assad.

Sayyed Hassan Nasrallah was speaking after strikes against ISIL (IS) and other groups in Lebanon's neighbour Syria.

"We are against American military intervention and an international coalition in Syria, whether that (action) is against the regime or IS," Nasrallah said in a speech aired on Hezbollah-run al-Manar television.

"America, is in our view, the mother of terrorism and the origin of terrorism," he said, adding this meant the United States was not ethically qualified to lead a "war on terrorism".

Nasrallah, whose group is backed by Shi'ite Muslim power Iran, has previously described ISIL as a growing "monster" that could threaten Jordan, Saudi Arabia, Kuwait and other Gulf states.

Hezbollah has sent thousands of fighters into Syria's civil war. Its role in Syria has helped Assad beat back the rebellion against his rule in critical areas of the country including Damascus and a corridor of territory stretching north from the capital. But large parts of Syria's less densely-populated north and east have fallen to ISIL.

The Syrian war spilled into the Lebanese border town of Arsal on Aug. 2, triggering five days of battles between the Lebanese army and militants including members of ISIL.

Nasrallah appealed to the Lebanese government to negotiate with militants holding a group of Lebanese soldiers captured during the fighting, saying that it was possible to bargain with the captors from a position of strength.

ISIL and Nusra Front have said they have executed some of the captive Lebanese soldiers and it is not clear how many are still being held.

Hezbollah has said it stayed out of the Arsal battle, wary of inflaming sectarian tensions with Lebanese Sunnis, many of whom have supported the uprising against Assad.