Hezbollah leader Sayyed Hassan Nasrallah vowed on Friday that the recent car bomb attack in Beirut would redouble his group's commitment to its military campaign in Syria. 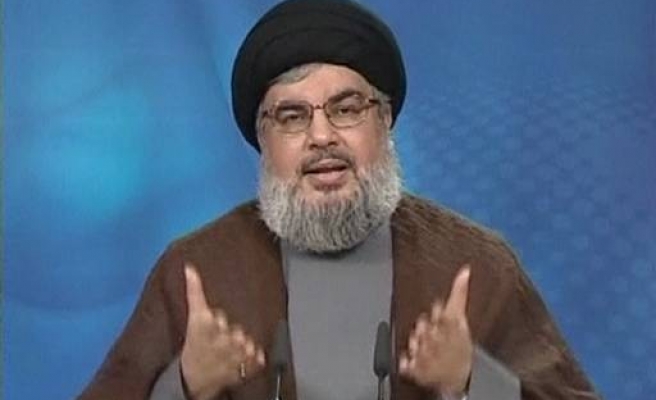 Hezbollah leader Sayyed Hassan Nasrallah vowed on Friday that the recent car bomb attack in Beirut would redouble his group's commitment to its military campaign in Syria.

In a fiery speech to supporters, one day after the deadliest bombing in the capital since Lebanon's civil war ended two decades ago, Nasrallah raised the stakes by pledging to join the battle in Syria himself if needed.

"It is most likely that a takfiri group was responsible for yesterday's explosion," Nasrallah said, referring to certain Sunni factions which are fighting with Syrian rebels against President Bashar al-Assad.

Thursday's blast came a month after a car bomb wounded 50 people in the same district of the Lebanese capital - an attack that Nasrallah also blamed on takfiris.

Defence Minister Fayez Ghosn said a Syrian man had been arrested for suspected involvement in the July bombing, underlining the extent to which Lebanon has become embroiled in its neighbour's conflict.

Lebanese Hezbollah fighters helped Assad's soldiers retake a strategic border town in June. The violence has spilled back into Lebanon, with bombings and street clashes in the Bekaa Valley and Mediterranean cities of Tripoli and Sidon.

Interior Minister Marwan Charbel said investigators were checking CCTV footage taken in the moments before the explosion to see whether the van believed to have carried the bomb had been driven by a suicide bomber or detonated remotely.

Reporters who arrived at the scene minutes after the explosion saw a burnt-out car near the centre of the road, suggesting it was being driven when it blew up.

Forensic investigators, emergency workers and security forces were still working at the site on Friday, amid burnt-out cars and charred facades of residential buildings.

Nearby, masked men fired in the air as the first funeral processions of victims of Thursday's explosion drove slowly through the subdued streets of densely populated south Beirut.

As the country marked a day of official mourning, social media was flooded with pictures of the victims, and requests for information about people still missing.

Politicians from across Lebanon's diverse communities, including Sunni Muslims, Christians and Druzes, united to condemn the bloodshed in the neighbourhood, some visiting the area to offer condolences.

In an effort to limit tensions, Nasrallah called on Shi'ites to show restraint and said that takfiri groups were a threat to Sunnis and Shi'ites alike.

"These people kill Sunnis just as they kill the Shi'ites and they send suicide bombers to Sunni mosques just as they send them to Shi'ite mosques," he said, referring to groups in Iraq, Pakistan and Somalia.

Speaking in an address to mark the seventh anniversary of the end of Hezbollah's 2006 war with Israel, Nasrallah also said he could not exclude that certain groups were actually working for Israeli interests.