At least 16 militants including two Hezbollah fighters were killed in clahses with al Qaeda-linked fighters from Syria. 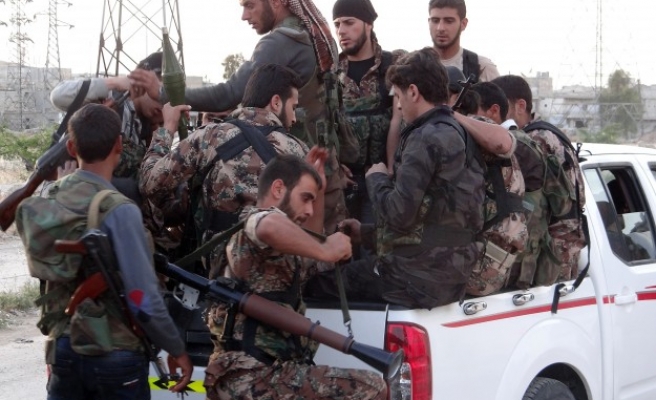 At least 16 militants from al Qaeda's Syrian wing, the Nusra Front, were killed in clashes with Hezbollah in eastern Lebanon on Sunday after launching a major offensive, a source close to Hezbollah said.

Hundreds of Nusra fighters attacked at least 10 Hezbollah bases along a mountainous range close to the Syrian border, and killed two Hezbollah fighters, in the latest spillover of violence from the civil war next door.

"There are at least 16 dead from Nusra Front," the source said, adding that Hezbollah reinforcements from the eastern Bekaa region of Lebanon had joined in the battles.

Hezbollah had issued a call on Sunday to its fighters to defend the area, the source close to Hezbollah and other security officials said. Hezbollah's al-Manar television reported late on Sunday that the group had pushed back the rebels over the border and the clashes had ended.

Earlier officials said fighters from ISIL, another group based in Syria, were also involved in the clashes but the source close to Hezbollah said only Nusra Front appeared to have taken part.

Armed with mortars and rocket-propelled grenades, the insurgents attacked a large area of territory stretching from south of the town of Baalbek up to areas close to the border town of Arsal. The Lebanese army stayed out of the clashes but has also battled insurgents in the area.

The Nusra fighters see Iran-backed Hezbollah among their chief foes. Fighters from the Lebanese group have been aiding President Bashar al-Assad in the Syrian civil war, battling groups such as Nusra Front and the ISIL, which has seized tracts of land in Syria and Iraq.

Violence from Syria has often spread into Arsal and surrounding areas, which are also hosting tens of thousands of Syrian refugees.

In August ISIL and Nusra Front fighters stormed Arsal in the worst spillover of Syria's war into its neighbour to date, killing and capturing members of the Lebanese military. They have since killed at least three of the captive soldiers and are holding an unknown number of others.