Nasrallah said an indictment accusing four members of the group of taking part in killing statesman Rafik al-Hariri contained "no direct evidence" against them. 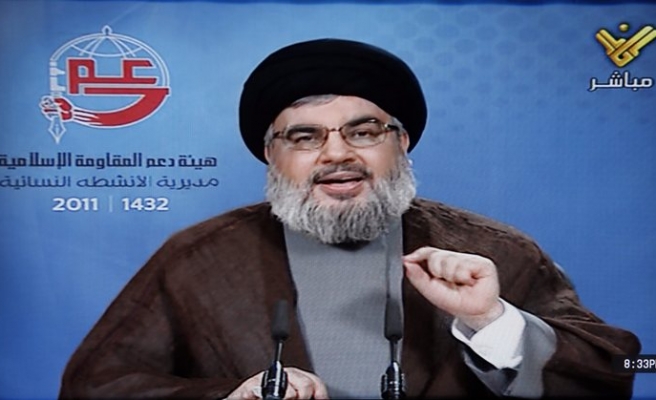 Nasrallah was responding to the publication earlier on Wednesday of an indictment, which linked the four Hezbollah members to the attack largely through circumstantial evidence gleaned from telephone records in the months leading up to Hariri's February 2005 assassination.

Sealed arrest warrants for the men were issued in June by the UN-backed Special Tribunal for Lebanon (STL), setting the stage for the case to go to trial, but none of the four has been detained by Lebanese authorities and Hezbollah said they will never be arrested.

Nasrallah accused the tribunal of being unscientific, saying: "When you read the text released by the tribunal, you will not find any substantial evidence, not a single piece of direct evidence is included."

"The only thing the tribunal relies on in is the mobile phone records, and even that is circumstantial. It doesn't even prove that any of these alleged suspects made any of these calls or even owned these phones.

"All of this is pure speculation. That's why the text is littered with sentences like 'it is possible to deduce, or it is likely that this or that' ... What kind of ridiculous evidence is this?" he asked.

The indictment said Badreddine served as overall commander of the operation while Ayyash coordinated the assassination team. Oneissi and Sabra were part of the conspiracy and prepared a false claim of responsibility, it said.

Still partly redacted, the pre-amble to the indictment said the case "is built in large part on circumstantial evidence" but said that such evidence could in some cases be more compelling than a case based on witness testimony.

It identified five networks of telephones used in the buildup to Hariri's killing, and set out a detailed account of the days and hours leading to the detonation of 2.5 tonnes of explosives by a suicide bomber in a Mitsubishi van, which struck Hariri's convoy as it drove along the Beirut seafront.

The 'red network', used by members of the assassination team, was "operational from 4 January 2005, until it ceased all activity 2 minutes before the attack on 14 February 2005," the indictment said.

The location of those phones, and of another "blue network", showed surveillance of Hariri on at least 15 days before he was killed, it said. The last 33 calls from the phones were mostly in areas where Hariri was in the two hours before his death.

A little over an hour after the explosion, Oneissi and Sabra made calls to an international news agency and an Arabic satellite station claiming responsibility in the name of a fictional group, "Victory and Jihad in Greater Syria".

Media reports last year predicted the indictment would be based on phone records. Nasrallah has cast doubt on any case relying on telephone calls, saying Israel had successfully penetrated Lebanon's telecoms network and could falsify data to implicate his group.