Many Egyptian restaurants, resorts discriminate women who chose to wear a veil 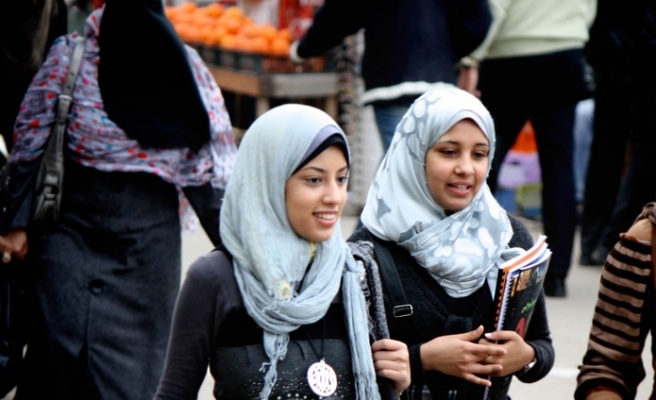 Almost all Muslim women in Egypt prefer to wear a veil, it can be either a hijab which covers the hair only, or a niqab which leaves only a slit for the eyes. Therefore excluding covered women from any business would not seem right, however that is what some fancy Egyptian restaurants, pools and beach resorts are doing, The Economist reported.

A manager at the Lemon Tree, a restaurant with three outlets, says the owners "do not think it is appropriate" for veiled women to come after 8pm. A Kempinski hotel in Cairo bans veils in the bar. The Steigenberger Golf Resort in Gouna, a beach town, makes veiled women swim in a separate pool.

Abdel-Fattah al-Sisi, Egypt's junta president, is a devout Muslim. But he portrays himself as secular. He has regulated mosque sermons and is changing school textbooks. Earlier this month his education minister said he would prefer primary school girls not to wear the hijab.

Sisi thinks he is doing something popular, since some estimated that Egyptian women started shedding the veil as a sign of resistance to the Muslim Brotherhood, which ruled for just over a year after the fall of Hosni Mubarak in 2011.

Yet citizens citizens usually are not happy, when told what to do.

In 2013 Turkey's ruling AKP party decided to loosen restrictions. In 2011 Syria reversed a year-old ban on the niqab in universities.