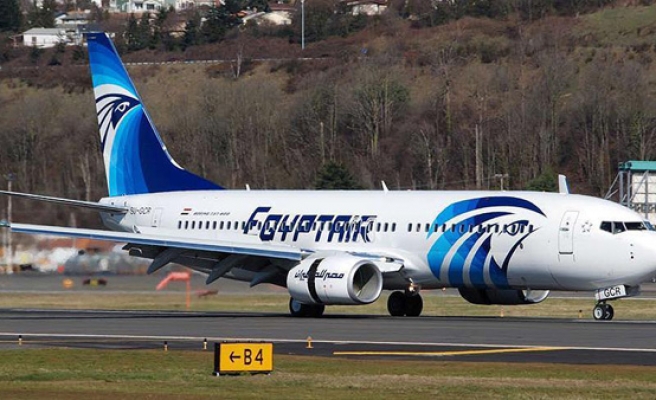 An Egyptian airliner hijacked Tuesday and diverted to Cyprus has 55 passengers and seven crew members on board, Cairo airport officials said.

The Egypt Air Boeing 737-800 that "has been hijacked" to Cyprus was flying from the Mediterranean coastal city of Alexandria to the Egyptian capital when it was diverted, the officials said.

Cypriot police said the hijackers made no immediate demands after it landed at Larnaca airport on the island's south coast.