'Hope of an end in sight' for Syria war

'Now, for the first time, there is hope of an end in sight,' says Paulo Pinheiro, head of the UN Commission of Inquiry on Syria 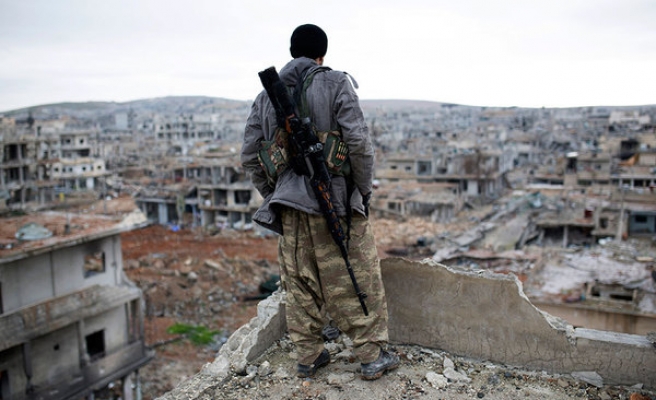 UN investigators welcomed a "significant decrease" in violence in Syria on the fifth anniversary of the start of the brutal conflict Tuesday, saying they finally glimpsed hope of an end to the war.

"Now, for the first time, there is hope of an end in sight," said Paulo Pinheiro, head of the UN Commission of Inquiry on Syria.

Speaking before the UN Human Rights Council in Geneva, he hailed the partial ceasefire that has largely held since February 27, saying it had finally allowed many in the country to "feel a return to normalcy in their daily lives".

"There are, at last, glimpses of a Syria at peace," Pinheiro said, adding that the truce had created the conditions needed to move forward with the new round of peace talks that kicked off in Geneva on Monday.

The temporary ceasefire between Syrian President Bashar al-Assad's forces and opponents does not cover the ISIL and Al-Nusra Front extremist groups.

"We call on the parties to the cessation of hostilities agreement to discontinue all remaining military operations, even those on low-scale," Pinheiro said.

His comments came after Russian President Vladimir Putin on Monday ordered most of his forces out of the war-torn nation, in a move greeted by the UN's mediator in the talks, Staffan de Mistura, as "significant".

Putin's announcement came ahead of Tuesday's fifth anniversary of the start of a conflict that has left more than 270,000 dead and forced millions to flee their homes.

Almost since the start of the war, the four-member Commission of Inquiry has detailed a litany of horrific abuses committed by all sides in Syria, including allegations of widespread war crimes and crimes against humanity.

It has repeatedly demanded that perpetrators be brought to justice.

Pinheiro said he and his colleagues were "heartened by the positive developments" linked to the ceasefire as well as expanded access for humanitarian aid to besieged areas, but stressed that "Serious violations continue to take place".

"Thousands are detained and tortured, many dying in places of detention. Countless numbers of people are still missing," he said.

ISIL extremists continue to use suicide bombs in civilians areas, he added.

"Particularly horrifying is (ISIL's) continued sexual enslavement of Yazidi women and girls, over 3,000 who are still held by the terrorist group," he said, reiterating a call for "credible international or domestic criminal proceedings" over the war.

"When we speak with the victims whose lives have been torn apart by this conflict, their message is clear. They want peace, and they demand justice," Pinheiro said.