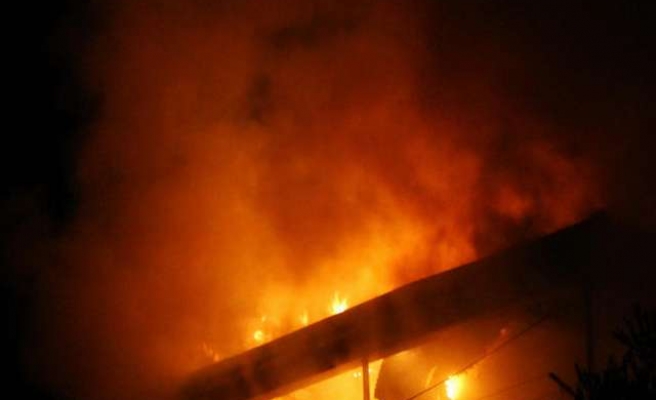 A fire has broken out in Ishraq Al Madinah Hotel in the Medina province of Saudi Arabia leaving 17 people dead and 130 wounded late Saturday, the Saudi Press Agency (SPA) reported.

The SPA said that the fire services immediately responded to the fire in the hotel, where 700 Umrah pilgramage visitors of different nationalities were staying.

Seventeen people in the hotel were killed in the fire and 130 others injured, said the report.

Upon the orders of Medina Governor, Prince Faisal bin Salman bin Abdulaziz Al Saud, all the surrounding hotels were evacuated to prevent an escalation of the disaster.

Saudi fire brigades and civil defense teams managed to keep the fire under control after long hours of efforts, and the wounded were taken to hospitals.

No reports have yet been issued on the reason for the fire, but an investigation was reportedly launched.

Medina is hosting numerous Turkish Umrah visitors at this time; the Turkish official from Turkey's Directorate of Religious Affairs, Nevzat Unal said that they also launched a search in all the hospitals in the city following concern that there might be Turkish citizens staying at the hotel.

Al-Medina al-Munawwarah, 'the radiant city', is the burial place of the Prophet Muhammad and is the second holy Islamic city after Mecca, home to the Great Mosque, the Kaaba.

Literally meaning 'visit to a populated place', Umrah is a Muslim pilgrimage to Mecca that can be performed at any time of the year.

While the Hajj is a 'major' pilgrimage and compulsory for every able-bodied Muslim who can afford it, the Umrah is not compulsory but highly recommended. It is sometimes called the 'minor pilgrimage'.