The house of Muslim Brotherhood Supreme Guide Mohamed Badie, whose son was killed during a protest on Friday, has been set on fire in the Upper Egyptian province of Beni Suief. 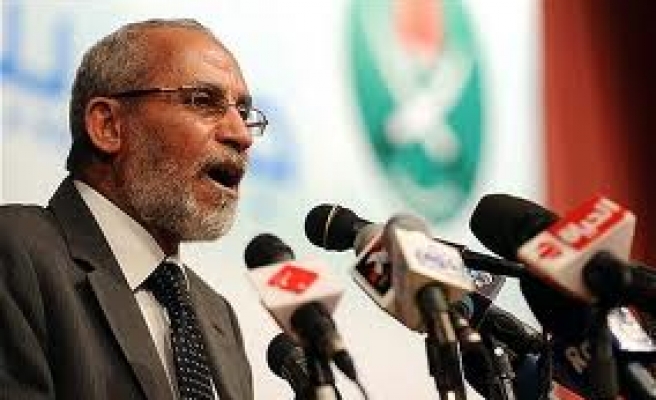 The house of Muslim Brotherhood Supreme Guide Mohamed Badie has been set on fire in the Upper Egyptian province of Beni Suief.

The fire gutted the first and second floors of Badie's villa in Beni Suief, eyewitnesses told Anadolu Agency on Saturday.

Security forces and civil defense teams were totally absent from the area.

Badie’s son, Ammar, was killed in Cairo after being shot twice in the head and eye during his participation in Friday's protests in Cairo.

The MB leader has rarely appeared in public since the army ousted elected President Mohamed Morsi on July 3 after mass protests against him.

Two days after Morsi's ouster, Badie appeared in Cairo's Rabaa al-Adawiya Square, insisting that Morsi remains "the legitimate president of Egypt" and he must be reinstated.