Mohammed al-Bukhaiti, a member of the Houthi politburo, said his group had no plans to target Hadi. 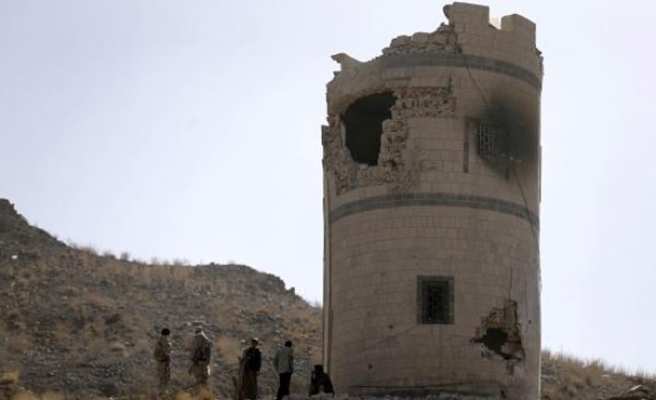 Houthi fighters battled guards at the Yemeni president's private home and entered his palace on Tuesday, raising the stakes in a turbulent campaign for more political power that has enfeebled state authority and thrown the Arab state deeper into turmoil.

Speaking hours after his fighters' display of force, Houthi leader Abdel-Malek al-Houthi warned President Abd-Rabbu Mansour Hadi that he had to implement a power-sharing deal struck when his men seized the capital in September.

"All the options are open and without exception and the ceiling is very, very high. And this is why, I here advise the president ... Implement this deal. It is for your benefit and for the benefit of your people," he said on live television.

Houthi prizes the accord as it grants his Shi'ite Muslim group participation in all military and civil state bodies.

"We ... will not hesitate to impose any necessary measures to implement the peace and partnership agreement," said Houthi, whose Shi'ite Muslim group is widely seen as an ally of Iran in its regional struggle for influence with Saudi Arabia.

Hadi, an ally of the West and staunch supporter of U.S. drone attacks on al Qaeda fighters in Yemen, has been also increasingly at odds with Houthi over a draft constitution intended to help end decades of conflict and underdevelopment.

The emergence of the Houthis as Yemen's de facto top power in September has scrambled alliances and stirred tensions across Yemen's political spectrum, raising fears of deeper instability in a country that has one of al Qaeda's most active branches.

Gulf Arab foreign ministers were due to discuss the crisis in Yemen at an emergency meeting in the Saudi capital Riyadh later on Wednesday.

U.N. Secretary-General Ban Ki-moon has condemned the violence and called for order in the country.

The United States remains "firmly committed" to supporting Hadi and his government and is calling for an "immediate cessation of hostilities", a State Department official said.

Other U.S. officials in Washington, who spoke on condition of anonymity, said they were not sure of Hadi's status or whether he was in either of the buildings under Houthi assault.

They said their latest information from Sanaa indicated Houthi rebels were surrounding Hadi's private residence and were in control, or close to taking control, of his official residence.

The U.S. officials said Iran was backing the Houthi rebellion with financial and political support. Some officials said shipments of weapons from Iran to the Yemeni Houthis had been tracked by foreign governments.

Washington has been concerned about the turmoil in part because it relies on the Yemeni government for help in counterterrorism operations against al Qaeda in the Arabian Peninsula (AQAP), which claimed responsibility for the Jan. 7 attacks in Paris.

Yemeni Information Minister Nadia al-Saqqaf said the clashes at Hadi's residence amounted to an attempt to topple Yemen's government, a charge denied by a senior official of the Houthi group.

The clashes followed some of the worst fighting in Sanaa in years on Monday. Guards loyal to Hadi fought artillery battles near the presidential palace with the Houthi.

"Yemeni president under attack by armed militias seeking the overthrow of the ruling system," Saqqaf said on Twitter on Tuesday evening.

Residents said later the fighting had died down. A government official said two people had been killed.

The minister did not identify the militias, but she said they were firing from nearby houses. Hadi lives in his private home and not in the palace.

He said what happened at Hadi's house was the result of a "provocation" by Hadi's security and that the incident has been contained. Earlier on Tuesday, Houthi fighters had entered Yemen's presidential palace after a brief clash with security guards, witnesses and security sources told Reuters.

Bukhaiti said the Popular Committees acted at the palace on request from officers who had asked them to help stop a local officer from stealing weapons from the compound.