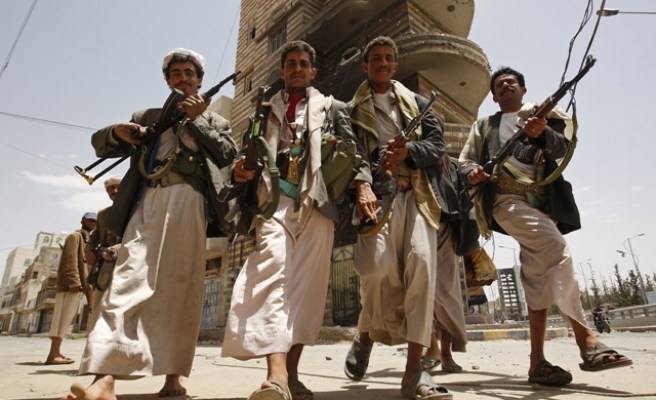 Defying calls by the U.N. Security Council to end hostilities against the Yemeni government, a Houthi tribal leader on Sunday urged supporters to wage a campaign of civil disobedience until their demands are met.

The Houthis, who have been fighting for years for more power for their Zaydi Shi'ite Muslim sect in north Yemen, have massed tens of thousands of supporters on the outskirts of the capital, Sanaa. Some have set up encampments in the city near the Interior Ministry.

The standoff has raised fears for the stability of Yemen, a U.S. ally and neighbour of major oil exporter Saudi Arabia, which is also struggling with an al Qaeda insurgency and southern secessionists.

The U.N. Security Council on Friday called on the Houthis to end hostilities against the government and warned foreign countries not to interfere.

But late on Sunday, the Shi'ite Houthi leader Abdul Malek al-Houthi said the time had come for the "third stage in popular escalation".

"The last phase mostly falls in the framework of civil disobedience ... I direct my call to the residents of the capital and its outskirts to gather tomorrow morning in Change Square," Houthi said in a televised address on a channel owned by the Houthis.

"The steps will continue to the end of the week," he said, adding that "if the corrupt continue dealing in an irresponsible way, we will be forced into further steps".

Talks on forming a new Yemeni government collapsed last week over demands by Houthis for the restoration of fuel subsidies cut by President Abd-Rabbu Mansour Hadi. The protesters want the current government to resign.

The administration's decision in July to raise fuel prices was part of efforts to rein in its budget deficit and helped the impoverished Arab state to conclude talks on a $560 million (337.3 million pounds) loan from the IMF.

Last year, the country spent about $3 billion on fuel subsidies, nearly a third of all state revenues.

The Houthis have also pitched tents on a road leading to the airport near to key ministries. Their protests have tapped into wider public anger among Yemenis over the subsidy cuts.