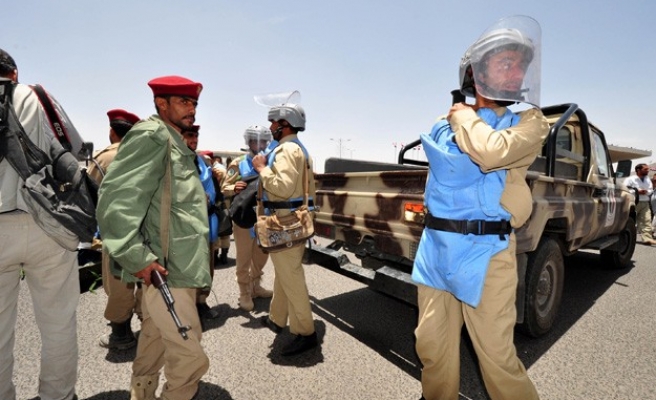 World Bulletin / News Desk
A senior leader of Yemen's Shiite Houthi movement on Thursday suggested the formation of a presidential council to rule Yemen in the months to come.

"I suggest the formation of a presidential council made up of honest revolutionary and political forces," al-Fishi wrote on Twitter.

He added that Yemen's army, security agencies and Houthi vigilante groups must be represented in the proposed council.

The Houthi leader, meanwhile, welcomed Hadi's resignation, expecting it to open the door for stability and welfare in Yemen, a poor Arab state that has been hard hit by post-Arab Spring turmoil.

"It [the resignation of the Yemeni president] augurs well for the future of all Yemenis," al-Fishi said.

Hadi tendered his resignation to the parliament shortly after Prime Minister Khaled Bahah submitted the resignation of his government earlier on Thursday.

The resignations came one day after the government failed to hold its weekly meeting because Houthi militants had taken over all main government offices.

Bahah himself was only allowed to leave the presidential palace in Sanaa on Tuesday after being held by Houthi militants for three days.

Sanaa has been rocked by deadly clashes over the past few days between Houthi militants and presidential guard units near the presidential palace in Sanaa amid an apparent push by the former to consolidate their control over the fractious country.

On Wednesday, Yemen's presidency said the Houthis had vowed to vacate the presidential palace, dismantle checkpoints set up in Sanaa, and free a presidential aide detained earlier. But, these terms have not been put into force.