In Lahj province, which borders Aden, rebels are now positioned on a hill overlooking the strategic Al-Anad airbase, according to sources. 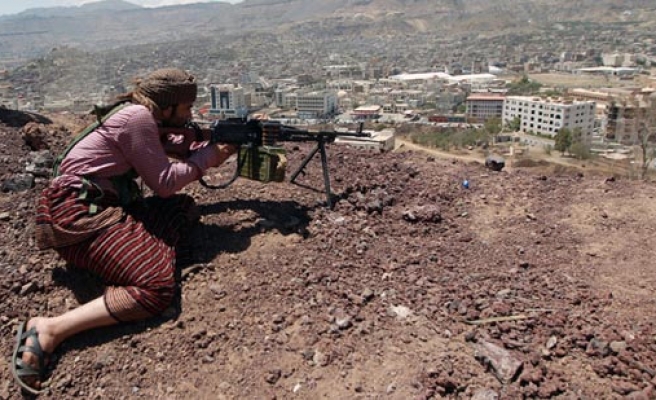 The rebels regained the positions they had lost in fighting in recent months, including a hilltop overlooking the strategic Al-Anad airbase in Lahj province which borders Aden, they sources said.

The base currently houses Sudanese forces from a Saudi-led coalition that has been battling rebels across Yemen since March.

The rebel deployment near Al-Anad "poses a real danger to pro-government and coalition forces", a military source told AFP.

Yemen's loyalist forces, backed by coalition strikes, supplies and troops, had pushed the rebels out of Aden, now the temporary headquarters of the Gulf-backed government, after a July offensive.

Four other southern provinces -- Lahj, Daleh, Abyan and Shabwa -- were also retaken by the loyalist forces.

Military sources said the rebels also retook Damt, the second city in Daleh province, after besieging it for hours on Saturday and clashing with loyalist troops.

At least 16 people, including nine loyalists, were killed in the clashes and many wounded, the sources said.

Forces fighting in support of President Abedrabbo Mansour Hadi "were forced to withdraw from the city", one of the sources said.

The rebels also seized a military base in the coastal city of Dhubab, near the Bab al-Mandab strait, following clashes with pro-government troops, another military source said.

Six loyalists and 11 rebels were killed.

Pro-government troops seized Dhubab early last month, giving them effective control of Bab al-Mandab, through which much of the world's maritime traffic passes.

Late Sunday, 16 pro-Hadi soldiers were killed and six wounded when a landmine exploded as their vehicle passed in the city of Marib, east of the capital Sanaa, a military source said.

The blast took place on the road to the Sahn military base northwest of Marib, the source added.

Loyalists are in control of Marib while Sanaa is in the hands of the Iran-backed Huthi rebels who are also allied with forces loyal to ousted president Ali Abdullah Saleh.

The United Nations says that around 5,000 people have been killed in Yemen's conflict since it escalated in March.

UN chief Ban Ki-moon was leaving for Saudi Arabia Sunday amid a new push by the world body for peace talks in Yemen.

The United Nations is hoping to announce next week a date for talks between the government and the rebels.